Basilica di San Petronio | Baldassare Cossa
Baldassare Cossa, pontiff of 1410 named Giovanni XXIII is remembered for the actions that would have stopped the construction of the basilica.
7024
page-template-default,page,page-id-7024,ajax_fade,page_not_loaded,smooth_scroll, 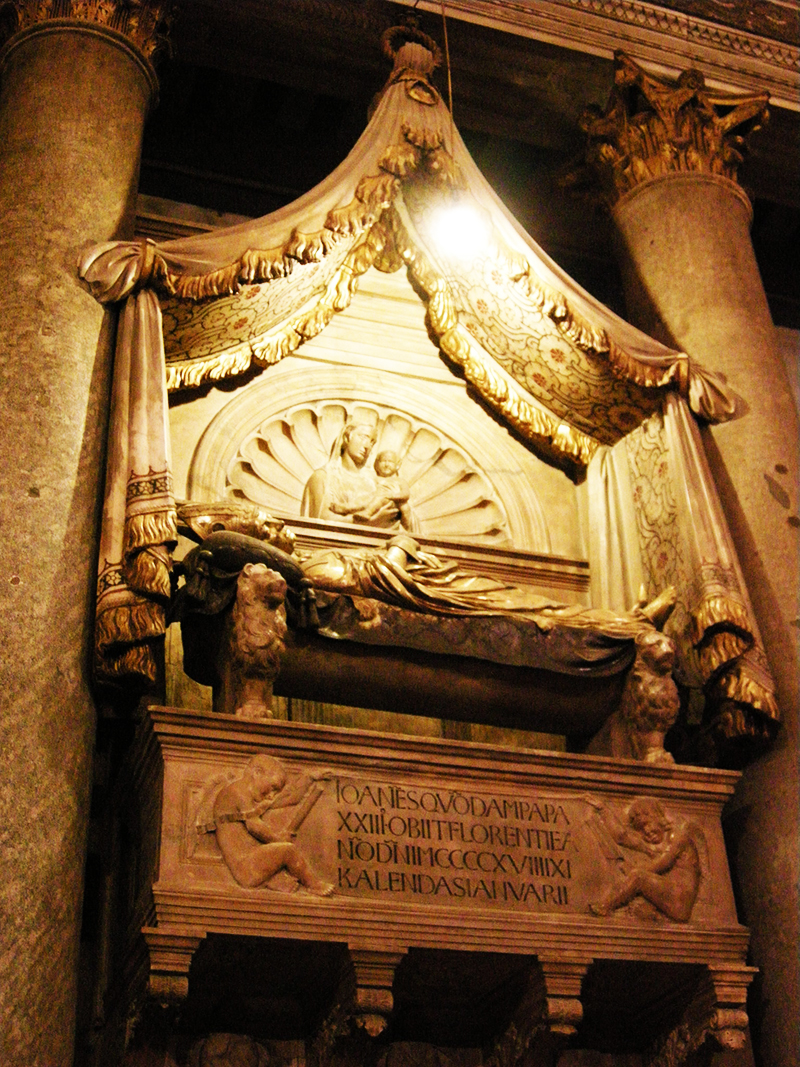 In the years when the basilica of San Petronio begins to take shape, the actions of a pope, or rather an antipope, risk ruining everything. The manager was Baldassare Cossa, who became Pope in 1410 with the name of Giovanni XXIII. Cossa is also remembered for a theft committed by him, that of the material destined for the construction of the basilica. An action that caused a sudden interruption of the work in progress that had to be resumed only later.

Cossa was born in Ischia in 1370 by a very influential family from Naples. He arrives in Bologna for study reasons at the end of the XIV century and remains there, starting an ecclesiastical career. In 1396 he became Archdeacon of the city, while in May 1410 he was elected pope after the death of Alexander V. His charge, however, did not last long. Already in 1415 he was deposed by the “Concilio di Costanza” and replaced with Martino V.