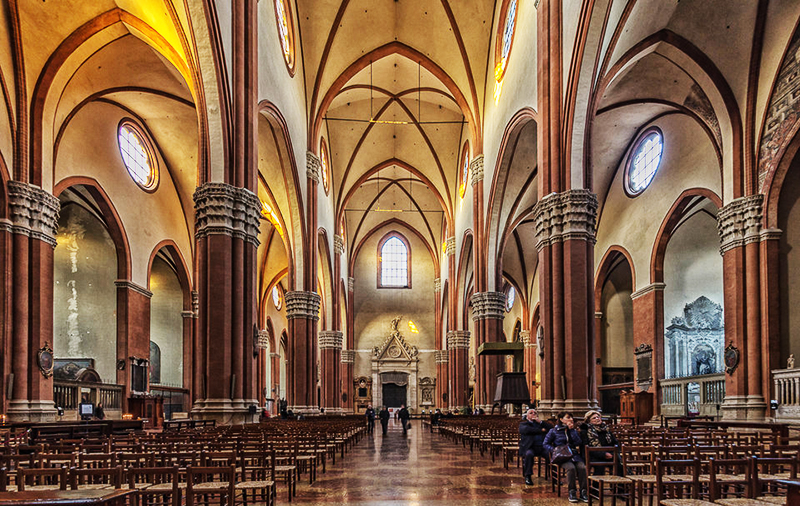 Among the institutions that concern the basilica of San Petronio is the famous Fabbriceria. Its institution dates back to the foundation of the church. At the same time as the laying of the foundation stone, in 1390, the documents handed down to us the memory of four citizens, called “superstites”, elected by the city government to take care of the construction of the basilica.

These citizens have the task of deciding on the Church’s site system, estimating the land and buildings to be expropriated, demolishing the structures chosen to make room for the basilica, setting wages and administering the money for the necessary expenses. Antonio de Vincenzo was appointed head of the building site for the first ten years, creating a model of the basilica, dealing with the supply of materials, choosing the workers and setting salaries. Matteo Stupini works closely with Giacomo di maestro Gerardo: the first is responsible for the custody and control of materials and the second has the task of keeping altars and objects of worship.

San Petronio’s Vestry, which became a Napoleonic Fabbriceria, has the character of an independent company, even if its evolution takes place in strict dependence and parallel to the institutional changes that the city of Bologna underwent. In fact it was wanted exclusively by the municipality as a symbol of regaining freedom, beyond that of an expression of religious faith