Belonged first to the Griffoni family, then to the Cospi, and finally to the Ranuzzi.

Here is the polyptych representing the chapel owner and other saints, painted between 1470 and 1473 by Francesco del Cossa and by Ercole de Roberti for Florian Griffoni, which pieces are found today in various European and American museums and collections as the polyptych was dissected by the will of Cardinal Pompey Aldrovandi around 1725.

The Madonna in glory with the Child placed above the altar is made by Ippolito Scarsello, also called Scarsellino, and donated to the Basilica in 1920 by the Marquis Fiaschi. 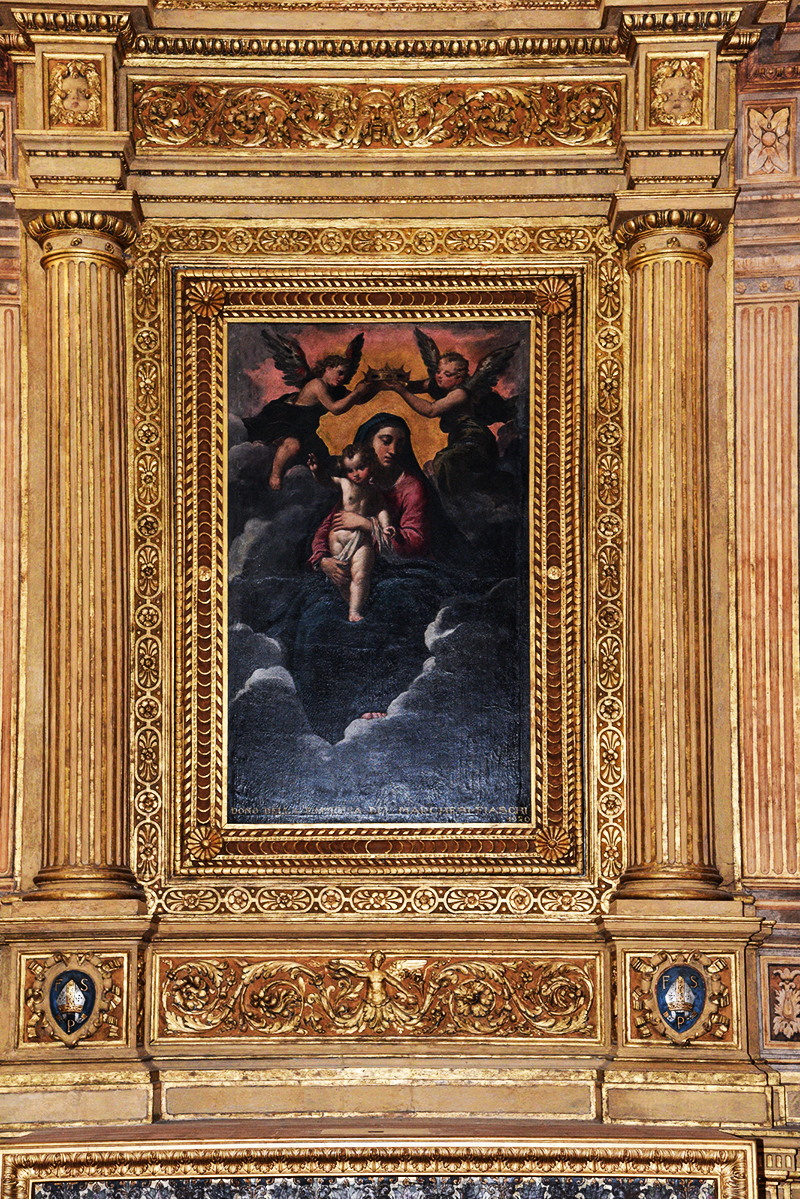 Vittorio Bigari created the great tempera on canvas depicting San Vincenzo Ferrer, with the monumental ornament of Stefano Orlandi framing it. While the bronze monument representing Cardinal Giacomo Lercaro, Archbishop of the city, is an artwork by Giacomo Manzù was placed on the right side of the chapel in memory of the solemn consecration of the Basilica (1945).

In the niche above, there are two half-figures of unknown hand, dating to around the middle of the seventeenth century, representing: the one on the left in marble, Francesco Cospi, senator and vestryman of the basilica, the one on the right(made in terracotta), his son. 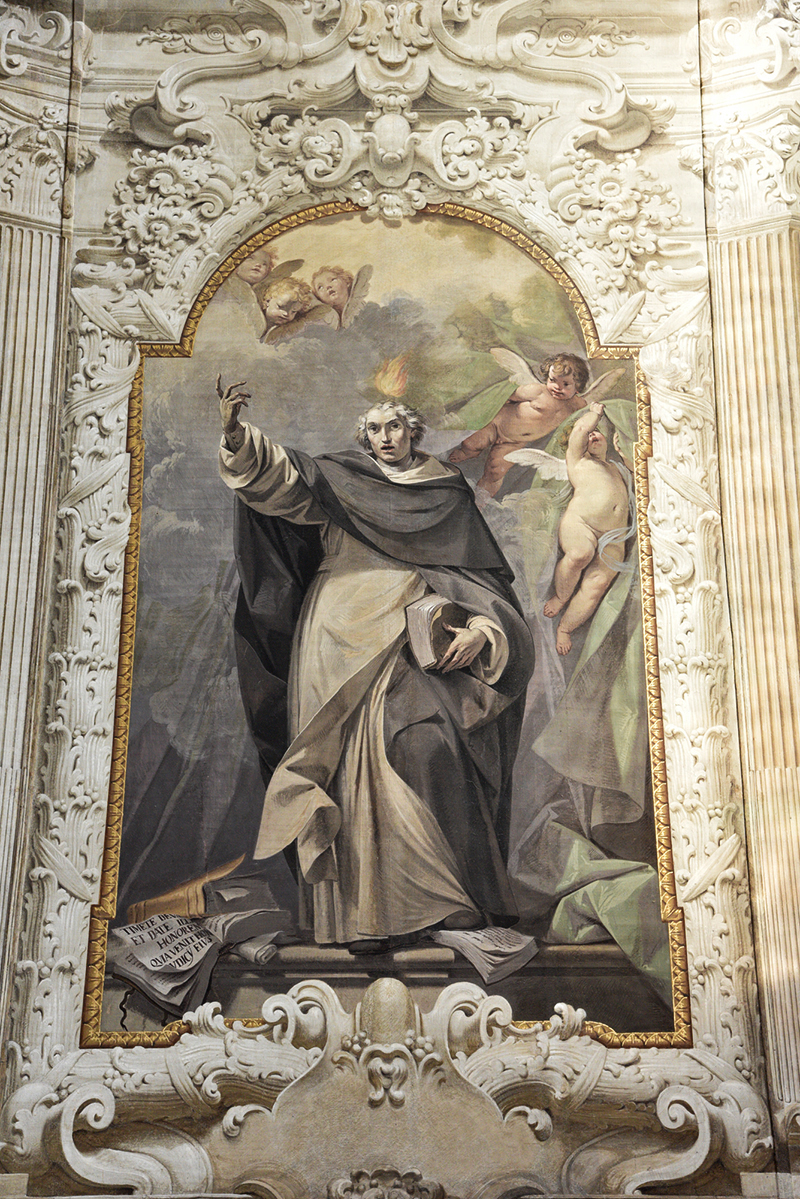 The transept was built in 1896 to ancient use, re-using the terracotta columns had put by Nicolò Sanuti between the columns of the Calvary church in St Steven in 1475 and then removed in 1880.