The chapel owned by the Garganelli family first, then to the Ratta and, finally, to the “Fabbrica”. It was restored in 1908, as the window was reopened and a bust of San Lorenzo was placed above the altar, executed in that time by Giuseppe Romagnoli. You may also find in the chapel the so called “horrible” canvas of Amico Aspertini (1519), the “Pietà” among the saints Marco, Agostino, Giovanni the Evangelist, and Antonio Abate. 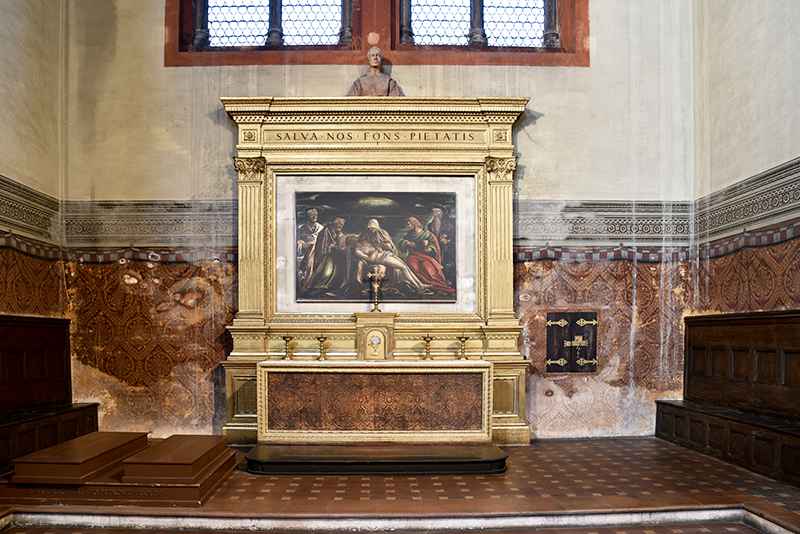 The artwork was judged by the seventeenth-century critic a ”spegazzo”, which is a scrawl, for its reduced and quick execution, was re-evaluated by modern criticism for its dramatic power and its incredible expressiveness.

The golden wood altarpiece is in Renaissance style, although, is actually modern. The plasterboard, in chiseled basan, dates back to the seventeenth century.

On the left wall lies the precious wooden Crucifix of 1462, which was in the monastery of Corpus Christi in Bologna. Above on the right, hangs the great altarpiece made by Jacopo Alessandro Calvi called the Sordino (about 1795). 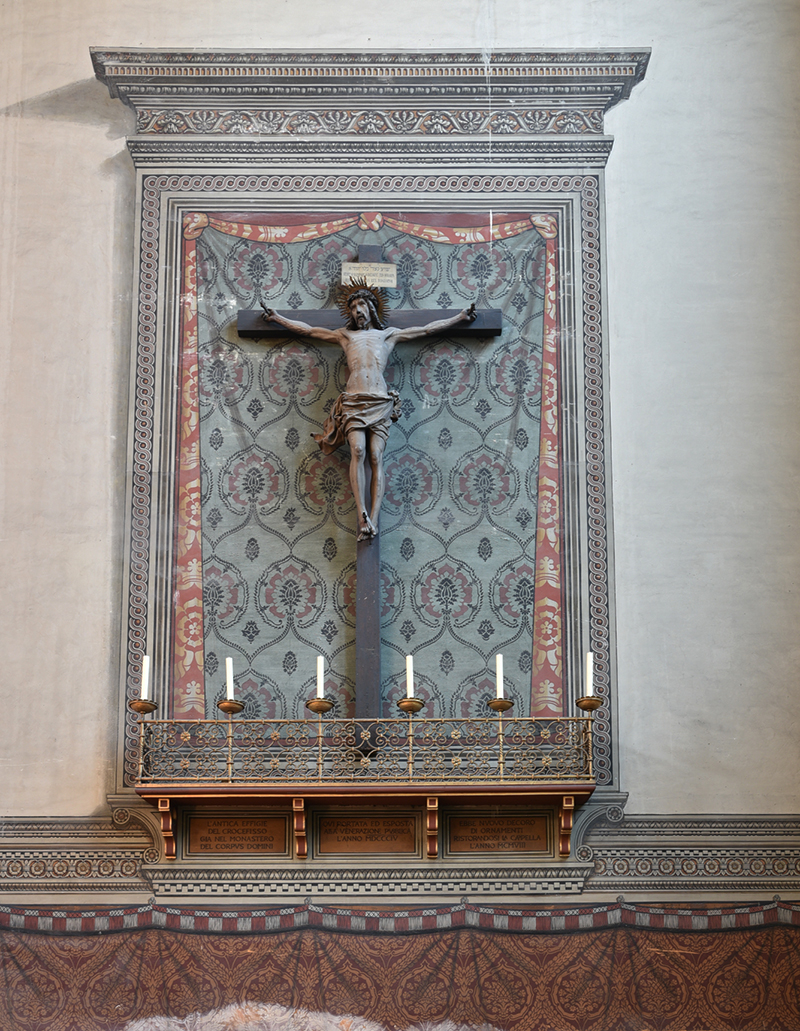 The altarpiece has the Martyrs Saints Erasmus and Lorenzo depicted and remained in the chapel until 1908.
The underlying marble bust of Msgr. Giuseppe Bedetti is a work by Federico Monti (1890). During the same period of the Chapel of the Magi’s works (1415-20) Next to the central nave’s pillar, the natural figure of a holy bishop was frescoed by Giovanni da Modena.