Basilica di San Petronio | The Council of Trento in St. Petronio
San Petronio was the home of the Council of Trent. In 1550 after the Protestant Reformation, it was called by Charles V, the Universal Council.
7154
page-template-default,page,page-id-7154,page-child,parent-pageid-6949,ajax_fade,page_not_loaded,smooth_scroll,

THE COUNCIL OF TRENTO IN ST. PETRONIO 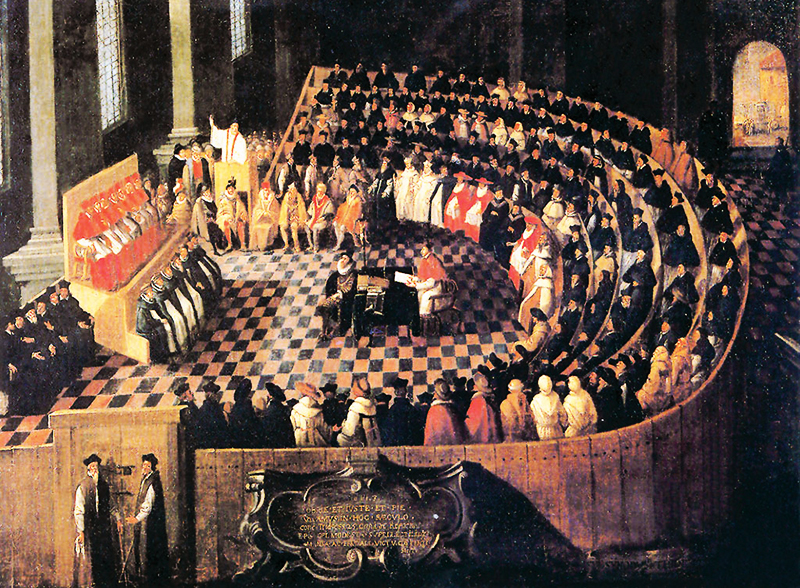 San Petronio has been home of the Council of Trent, or at least for some time. In the mid-sixteenth century, as a result of the Protestant reformation, the Universal Council was called by the will of Charles V, the meeting of all the bishops of the church. Actually, the papacy was long opposed to this choice. In 1545 Trento was chosen as the headquarter and the works started, without the participation of the Protestant bishops.

The discussions continued until the disagreements between the emperor and Pope Paul III worsened and led the latter to move the Council to Bologna, with the excuse of the plague epidemic that was spreading in Trento. In the St. Petronio Basilica the IX and the X sessions took place, beginning respectively on April 21st and June the 2nd, 1547. Everything went on until the growing contrasts with Charles V pushed the Pope to dissolve the Council in mid-September.

In 1511 The works tried to resume in Trento, with some Protestant bishops also, but the threat of an armed attack forced to renounce to this idea. No one spoke about the Concil until the election of Pope Pius IV, who completed the work in 1562 and confirmed with a papal bull all the bolognese decrees.