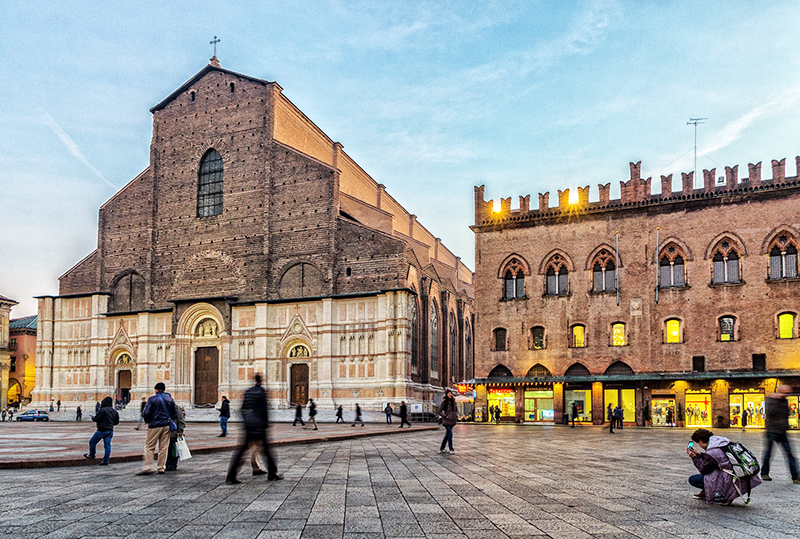 We are used to looking at it as it is now, certainly not small, but in its original design the basilica of St. Petronio had to be much bigger: the largest in the world. In fact, theoretically had to have cosiderable measures: 180 meters in length, much higher than the Basilica of San Pietro in Rome. Then, partly because of the premature death of those who were called to design it and partly due to the lack of building material, the dreams of glory had to shrink. So that the “final” basilica has measures a bit smaller than those assumed at the beginning – 132 meters long and 60 wide – making it the fourth largest basilica in Italy, after the cathedrals of Rome, Milan and Florence.

To notice better the incompleteness of the basilica you can also see the left side of San Petronio and its broken arch. In fact the original idea the basilica had to have the form of a big cross, occupying also via d’Azeglio and via de ‘Foscherari. Projects interrupted in 1562, when Pope Pio IV built the Archiginnasio Palace, parallel to the nave, at the exact point where the church transept should have stood.