Basilica di San Petronio | St. Michele Arcangelo's Chapel
The ninth chapel is entitled S.M. Archangel, the name of the painting dedicated to him: “ the Archangel chaces the demon”, since 1582.
7092
page-template-default,page,page-id-7092,page-child,parent-pageid-6949,ajax_fade,page_not_loaded,smooth_scroll, 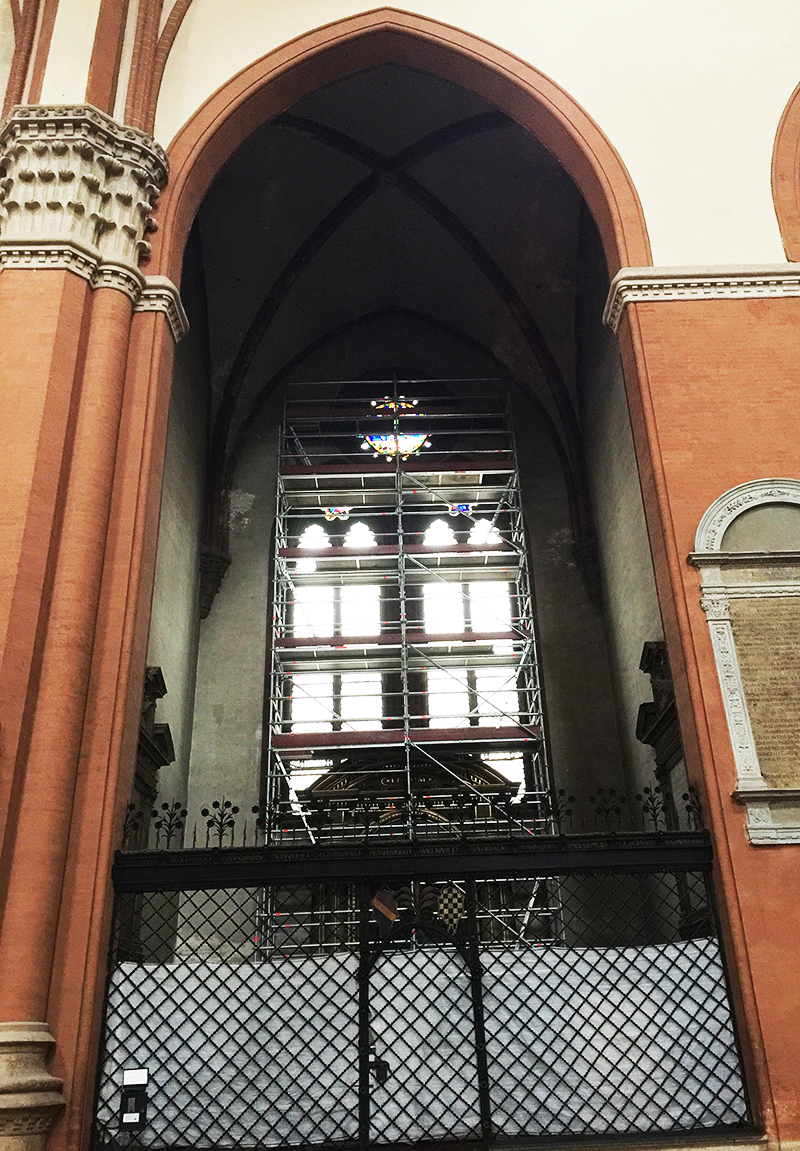 The ninth chapel, dedicated to San Michele Archangel, takes its name by the painting dedicated to him, “L’Arcangelo Michele che scaccia il demonio” (literally “ the Archangel chaces the demon”) – placed on the altar and realized in 1582 by Dionisio Calvaert, painter with flemish origins but adopted as Bolognese. In fact the artist, after arriving to Bologna as a twenty-years-old, lived almost all of his life in the city, until he died, almost eighty years old.

Appreciatable are also, on the lateral walls, the terracotta busts by Andrea and Giovanni Barbazzi. Moving elsewhere, from the ninth chapel on the left to the next one, dedicated to Rosalia, it is possible to observe a memoir sculpted in 1510 by Marsilio Antonio in memory of the foundation of the University of Bologna. A bit onwards, there’s the fourth cross, the Virgin’s one, dated to the tenth century, positioned previously between Farini street and Carracci and later put in the basilica, in 1789.

Turn back to San Petronio curiosities…