Basilica di San Petronio | St. Abbondio Chapel
The first of the twenty-two, the chapel of Sant'Abbondio is one of the most famous, the place where the first Holy Mass was celebrated on October 4, 1392.
st. abbondio chapel, bologna
7054
page-template-default,page,page-id-7054,page-child,parent-pageid-6949,ajax_fade,page_not_loaded,smooth_scroll, 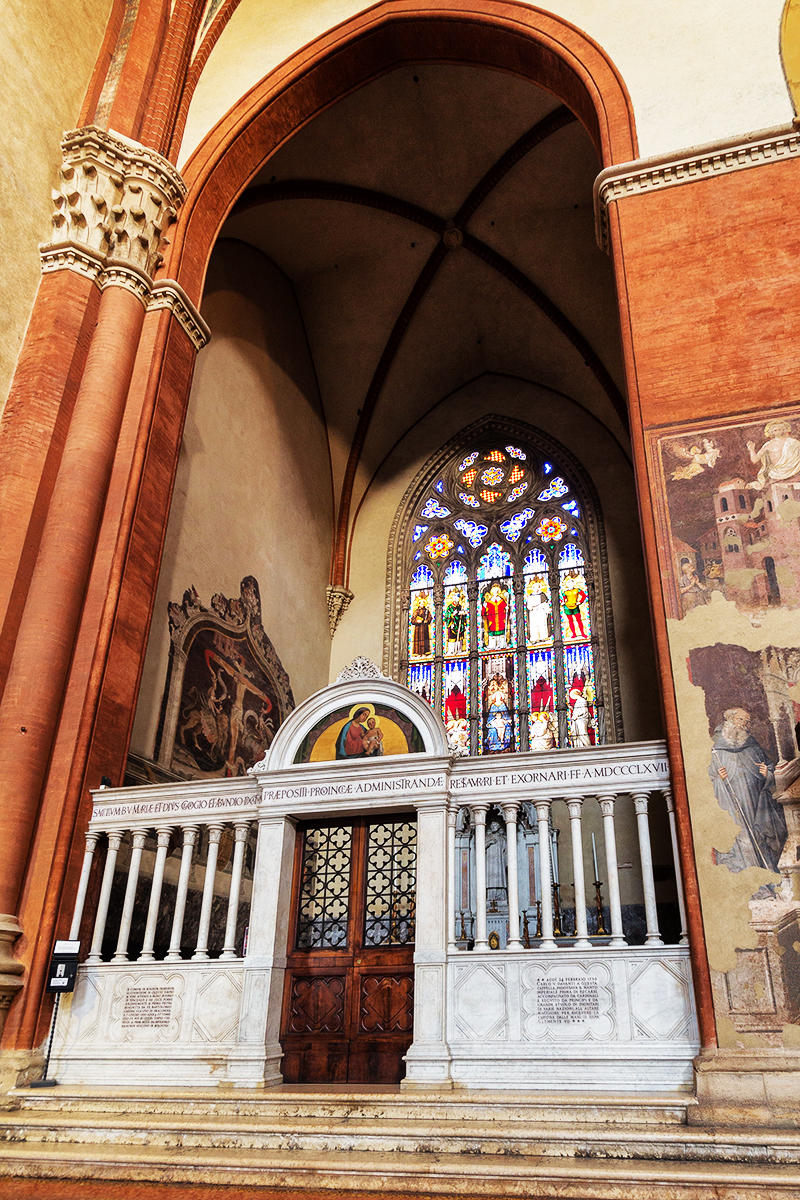 Placed in the left aisle of the basilica, the first of the twenty-two that run through the entire building. The chapel of Sant’Abbondio (formerly of the “Dieci di Balia” and named after the saint in the sixteenth century) is among the most famous, also because it was the central topic of some legends. First of which, the popular belief that, on October 4, 1392, with the basilica still under construction, the first Holy Mass was celebrated here. Although, Bolognese historiography has always discussed about this fact and has been in disagreement. Just as it is to be verified the legend according to which it was precisely here that, on 24 February 1530, Charles V was crowned emperor by Pope Clement VII. But the halo of enormous charm, for these stories that are between reality and fantasy, remains.

The chapel was restored in false Gothic in 1865 by Albino Ricciardi, who retouched the interior decorations, while the transenna, the altar and the stained glass window are the work of a restoration of 1867. For the rest it has kept the original ornamental decoration with the coats of arms of the patrons, dated 1397. Like the other twenty-one “sisters”, also St. Abbondio’s chapel has a square plan and is closed by marble transennas.

The first Chapel also keeps two large frescoes, made by Giovanni da Modena in 1420: “Allegoria della redenzione” e“Trionfo della Chiesa sulla Sinagoga” (translated litterary as “Allegory of the Redemption” and “Triumph of the Church on the Synagogue”), both accompanied by related legends in Leonine hexameters, with which the artist expressed an actual Medieval Theology treatise.