Basilica di San Petronio | Sides of Basilica
The sides of the basilica are a clear example of Italian Gothic. It's Antonio di Vincenzo, the initial creator of the entire structure between 1390 and 1400
7215
page-template-default,page,page-id-7215,page-child,parent-pageid-6949,ajax_fade,page_not_loaded,smooth_scroll, 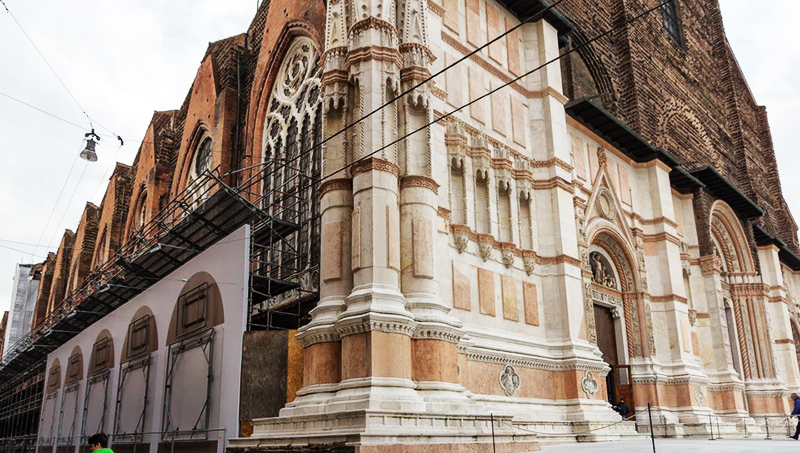 The sides of the basilica are a clear example of Italian Gothic style. The brilliant architect Antonio di Vincenzo, the initial creator of the entire structure between 1390 and 1400, shows all his skill in combining different materials and inventing new architectural solutions. In addition to him several authors worked on the project, some anonymous, because the sides suffered the same political fate of the construction of the basilica, tormented by the lack of funds and differences of points of view. The decorative works of the numerous windows are in fact attributable to several artists.

Among the many decorations identifiable on the left side of the basilica can be mentioned a plaque, added in 1743, to protect the niche containing the head of San Petronio and some coats of arms belonging to the Bolognini family, owners of the fourth chapel. On the right side, on the other hand, are depicted (among the many others) the Evangelists Luca and Matteo, St. Giovanni Battista, San Paolo and Sant’ Isaia.