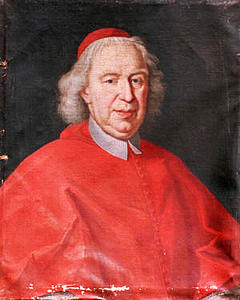 The name of Pompeo Aldrovandi, as well as that of his entire family is inextricably linked to the city of Bologna, where he was born in 1668, although in reality he passed a small period of time, but not by his complete will.

If you visit the Basilica of San Petronio you can find the chapel that has his name, the one that many remember as the Chapel of San Petronio. In that area, the second on the left, the head of the patron saint of Bologna is in fact preserved.

In 1742, when Benedetto XIV decided to move the relic of the head of St. Petronio from St. Stefano to the basilica, Aldrovandi seized the opportunity, which would bring prestige to himself and his family and offers as a reliquary the chapel he had built.

Aldrovandi was sent to study at school, first in Rome and then in Siena, then he returned to his hometown and graduated from the Studium in civil and canon law. He moved to Rome where he began his ecclesiastical cursus honorum with political and juridical positions of various kinds, until, following the conflict between the Holy See and Philip V of Spain, Pope Clement XI sent him to Paris as a papal delegate in 1713.

Pompeo Aldrovandi died in 1752 in Montefiascone and was buried in San Petronio in the chapel that bears his name.