Basilica di San Petronio | Michelangelo and the Basilica
Among the numerous artists who contributed to highlight its majesty, St. Petronio also includes a high-sounding name: that of Michelangelo Buonarroti, legendary protagonist of the Italian Renaissance.
7268
page-template-default,page,page-id-7268,page-child,parent-pageid-6949,ajax_fade,page_not_loaded,smooth_scroll,

MICHELANGELO AND THE BASILICA 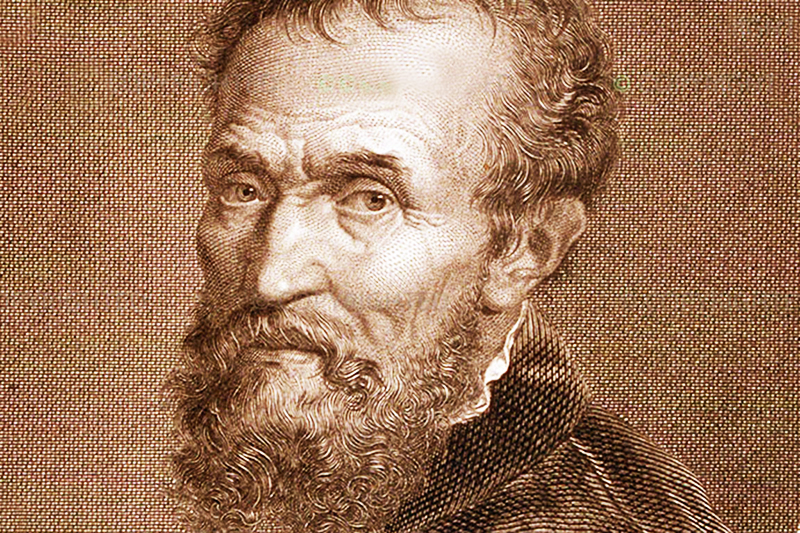 Among the numerous artists who contributed to highlight its majesty, St. Petronio also includes a high-sounding name: that of Michelangelo Buonarroti, legendary protagonist of the Italian Renaissance. A versatile artist: he was in fact a sculptor, painter, architect and poet. He contributed to the decoration of the basilica with what was perhaps, among many, his favorite discipline: sculpture, which consecrated him and made him famous in Italy and in the world, in centuries to come.

Not even thirty years old, in 1506, the young Michelangelo went to Bologna to make peace with Pope Julius II, who had just reconquered the city of the Two Towers, driving the Bentivoglio. To settle the past discrepancies, the pope commissioned Buonarroti a bronze portrait of him, to be placed on the main façade of the Bolognese basilica. Sitting on a throne, in a sitting and blessing position, the portrait of Julius II, in the century Giuliano della Rovere, should have been a warning for the citizens to remember who was the city’s owner. This shows how the pontiff of Ligurian origins did nothing to avoid nicknames such as “the warrior pope” or the “terrible”, but rather, he sought a temporal claim of power. Built in just over a year, in February 1508, the statue was ready to complete the departure plan.

. Erected and placed in front of the basilica, it didn’t last long: three years more precisely. In fact in 1511 the Bentivoglios took back the city, immediately removing the statue of the hated Della Rovere: made in pieces by the people themselves, his fragments were sold to the Duke of Ferrara, Alfonso d’Este, who had them merge to make a colubrina (a kind of cannon), so called “la Giulia”.