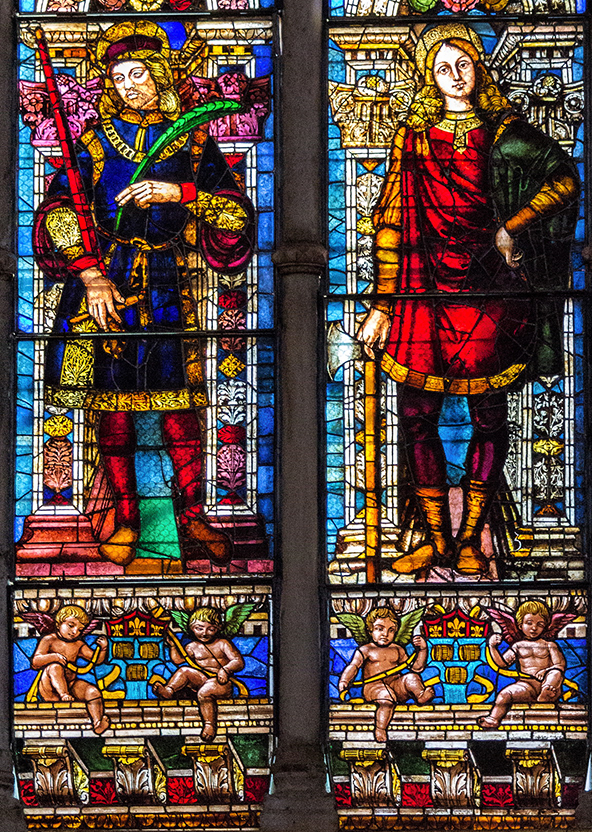 If you enter to San Petronio, by just looking up you can notice them: they are the glass windows of the basilica. Some have resisted since the church was built, some have been placed after and others do not exist anymore, sacrificed for subsequent jobs or damaged by events. It seems that some windows were destroyed by artillery shots during the coronation of Charles in the basilica. Furthermore, some were removed to make space for the chapels. This is the case, for example, of the chapel of Sant’ Abbondio, the first of the 22 in total, whose stained glass was removed in 1756.

Since 1896, many stained glass windows were arranged, in conjunction with the general restoration of the basilica. Other changes arrived just before the Second World War. In order to avoid that some glasses got damaged in those years of conflict, the valuable parts were laid and preserved. Currently only two windows have medieval windows. One is in the fourth chapel on the left, the Bolognini, which keeps a series of saints on its surface. The other is the Chapel of Notaries, the fourth on the right.