CROSS OF THE APOSTLES AND EVANGELISTS 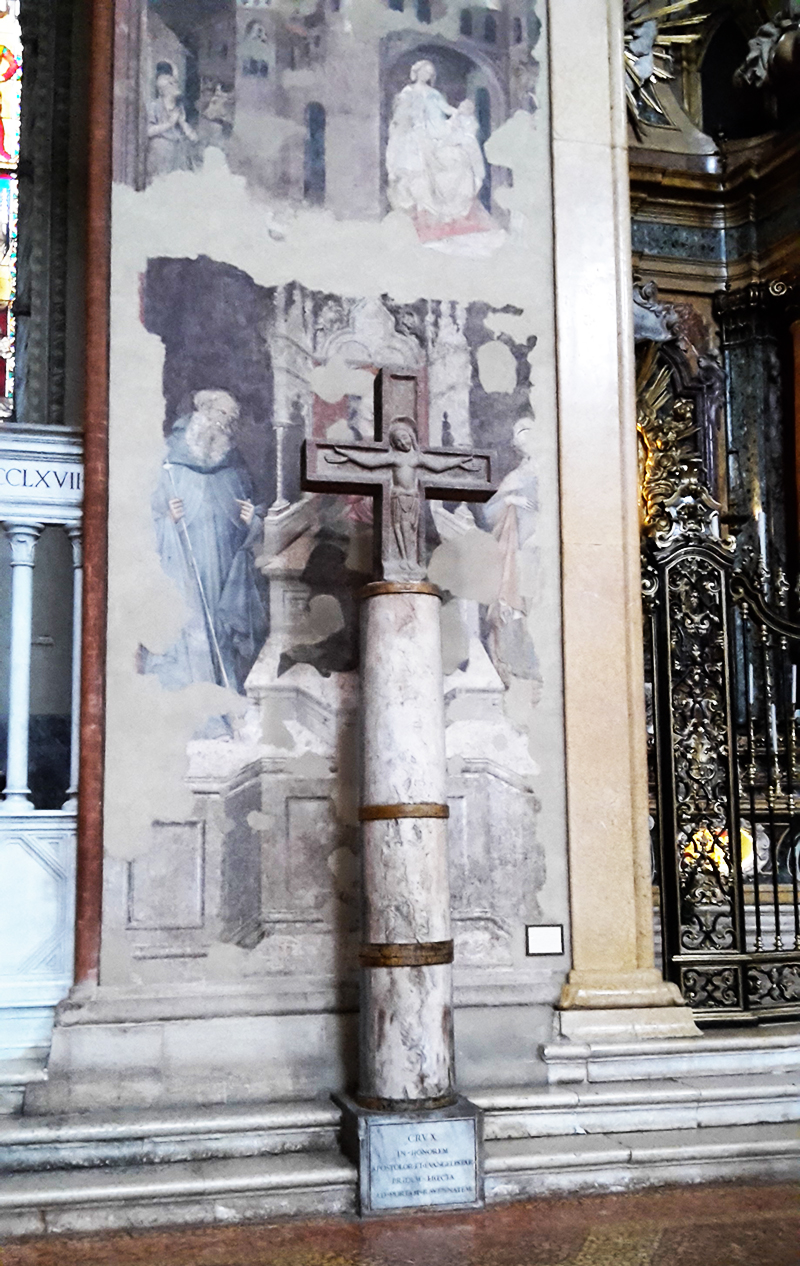 The Cross of the Apostles and Evangelists, also known as Porta Ravegnana, is one of the four crosses which, placed on marble columns and protected by small chapels, were located near particularly important routes to Bologna. Sant’Ambrogio had put them around the ancient city for its spiritual defense. In August 1798, however, the Napoleonic troops carried the four crosses with their respective columns in the basilica and placed them along the side aisles.

The one of the Apostles and Evangelists, arranged between the first and the second chapel, is the only one certainly dated, being the year 1159 clearly indicated at the top. We can admire, carved in low relief, the Christ, with his head surrounded by the cross-shaped halo and with his hips wrapped by a cloth. Around the figure, there is a Latin incision that brings a dialogue between the Virgin Mary and the Son, that is a blessing addressed to all humanity.

The composition is finally completed on the back, where in the center we find the Redeemer, seated on the throne, with his right hand raised in the act of blessing, while on the other hand he holds the book of the new law open, leaning on his knee. The ellipse is surmounted by the lamb and is supported by three angels, Michael, Gabriel and Raphael, whose names are indicated by a second incision that ends with a call to the uniqueness of the essence between Christ and the Father.