Basilica di San Petronio | Consecration
The consecration of the Basilica took place on October 3, 1954, the year of the declaration of the end of the work and was celebrated by Cardinal Giacomo Lercaro.
7166
page-template-default,page,page-id-7166,page-child,parent-pageid-6949,ajax_fade,page_not_loaded,smooth_scroll, 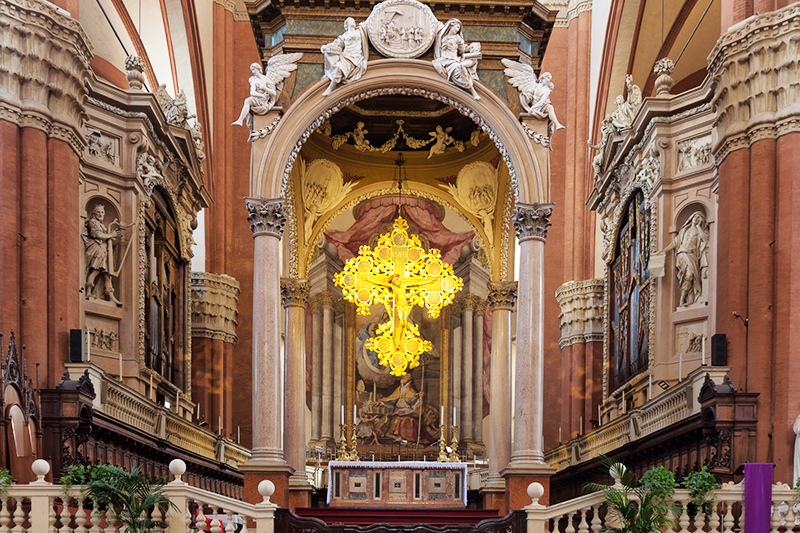 It had been 564 years since the laying of the first stone, and yet the basilica of San Petronio had not been consecrated. The fateful moment arrived on October 3, 1954, the year of the declaration of the end of the work. Italy and the rest of the world had just come out of the Second World War. Bologna, like other cities, tries to rise again. In 1950 the 15th centenary of St. Petronio’s death is celebrated and four years later, finally, the consecration of the church, is celebrated by Cardinal Giacomo Lercaro. A ceremony that took place relatively late also because the basilica became the property of the diocese only in 1929, after the Lateran Pacts. First it was owned by the Municipality of Bologna, which used it not only for religious events, but also as a place of ceremonies, court and public meeting place.

With the consecration of the St. Petronio basilica an end is put placed on its long construction, a long historical and architectural journey that has accompanied the history of the city