Basilica di San Petronio | Chapels of the Basilica
If we consider the basilica as a great museum, the 22 chapels would be its halls, full of artistic works and created by the greatest artists.
7136
page-template-default,page,page-id-7136,page-child,parent-pageid-6949,ajax_fade,page_not_loaded,smooth_scroll,

CHAPELS OF THE BASILICA 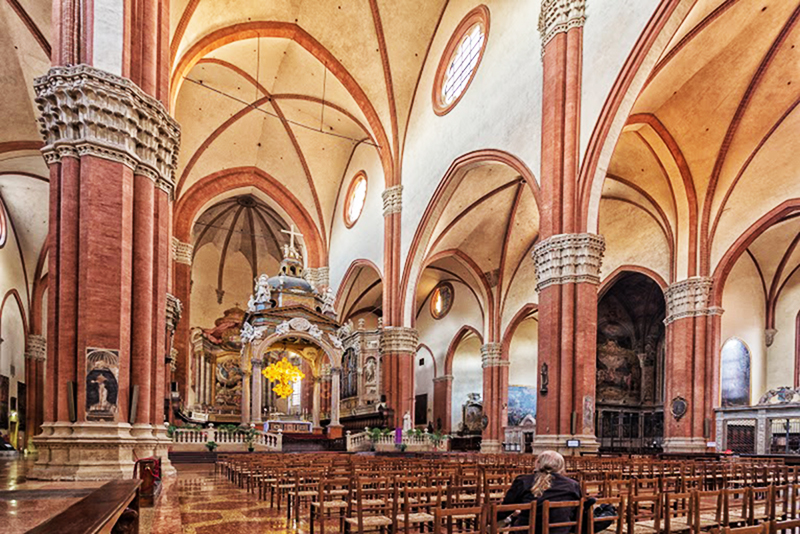 If we consider the basilica as a great museum, the chapels would be its halls, full of artistic works, exhibited in the best way and made by the greatest artists. But all too often one forgets their economic-social side. The 22 chapels, which are equally divided into both aisles, belong to several Bolognese families more or less influential in the political, economic and religious context of the time.

Since the foundation stone was placed, the ecclesiastical patronage was granted to the highest social spheres of the city. There are those who have bought a chapel to confirm the power of their family, who as a requital in front of the City, and some to ensure a future memory.

The first chapel to be purchased and then commissioned was the first on the left, in which the General Council of the seventeenth century inscribed the coats of arms of the “Dieci di Balia”, making it dedicated to St. Giorgio. Among the owners of the chapels, some important presences to remember are the Bolognini, the Cospi and the historical Aldrovandi, that were very prestigious families.