A BASILICA FOR THE PEOPLE 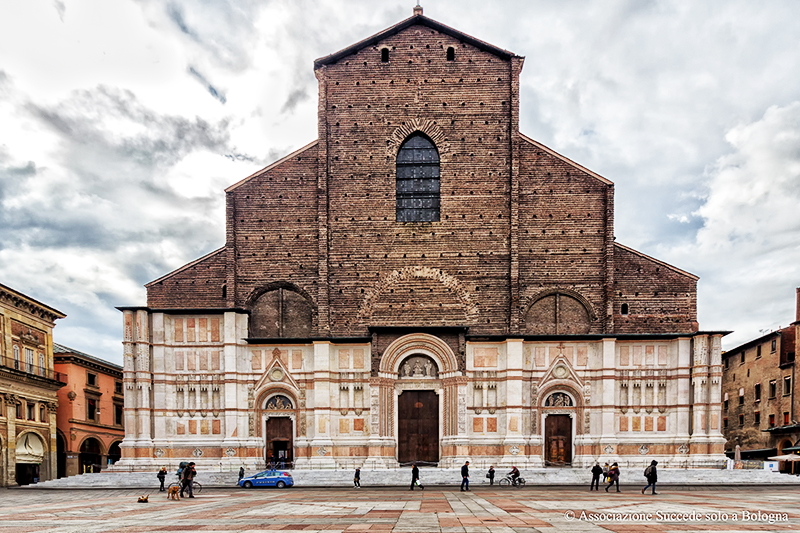 A place wanted by the people and from Bologna to remember a saint dear to the city. The Basilica of St. Petronio was built not to become a cathedral, a position that has always had San Pietro, but to pass on the cult of the Bolognese patron.

The first proposal to erect a church dedicated to him was in 1307, when the cult of the saint intensified after some healings near the saint’s Holy Tomb, in Santo Stefano. Unfortunately, the political situation in Bologna at the beginning of the 14th century was rather complicated. Only in 1376, with the formation of the government of the people and arts, the situation was reassured: Bologna was out of wars and far from the decline that papal power was facing. So the discussion of a specific place for the cult of the saint restarted.

San Petronio has always been deeply linked to Bologna, who helped to revive the city after a dark period. Thus, in a period of light after uncertain times, with a popular government and his deep connection to the city.

It was decided to use the construction of the basilica as a way of linking even more the people’s sovereign to the Saint and Bologna itself. So the city, embodied the cult of the saint, but not of its relics. For a long time, in fact, the remains of the patron have had to remain far from the basilica. The head of San Petronio in fact was kept in Santo Stefano until 1743, while the body of the saint arrived in the basilica only in 2000.