The marble transenna of the St. Girolamo chapel belonging to the Castelli family was raised in 1485 (in the lunette, Madonna with the Child, of a very later period) while the elegant tile slab of Baldasarre Castelli was placed in the chapel floor in 1500.

On the altar, in a golden wooden-gold-plated altarpiece made in the first half of the sixteenth century, the table representing St. Girolamo. The latter is depicted in his throne, decorated in an almost metaphysical architecture. This type of architecture shows it is a very early work by Lorenzo Costa(1484).

The half-painted antependium tanned leather chiselled and painted is dated to the seventeenth century. 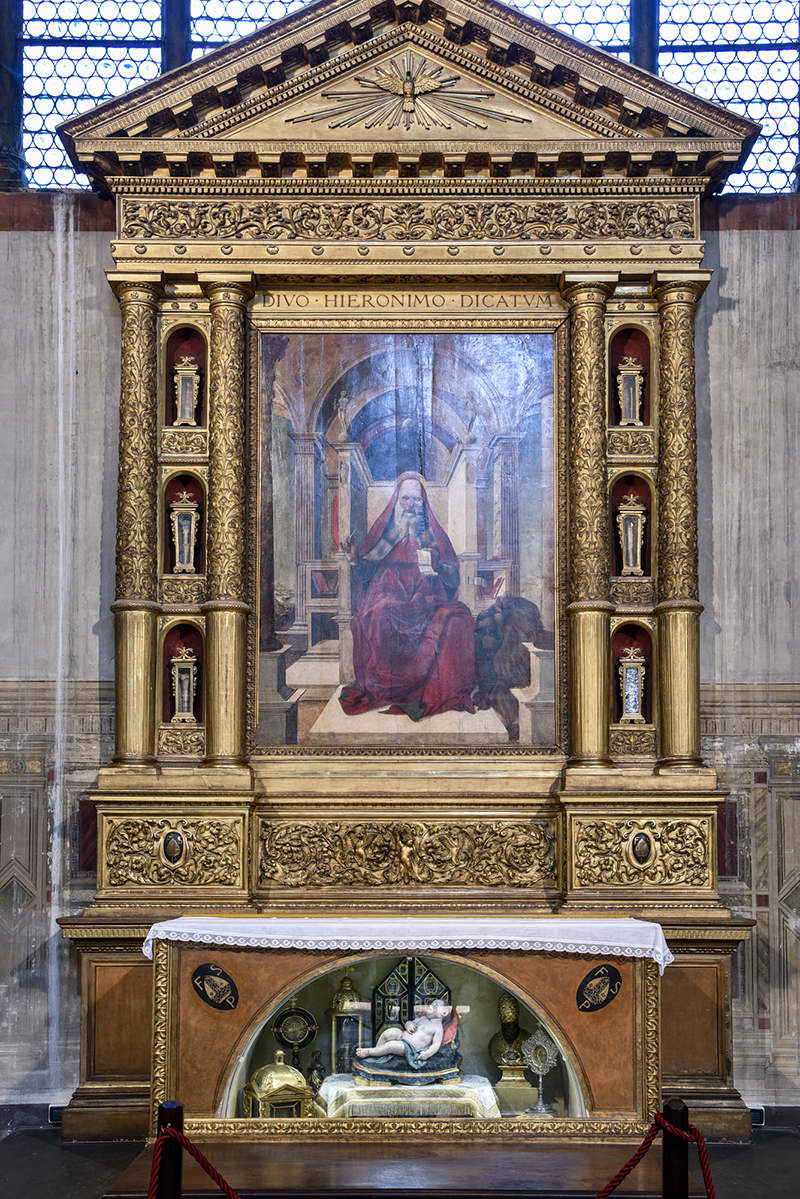 On the left wall stands the burial monument of Ottaviano Castelli (1543). It is attributable to Giovanni Zacchi, at least for the oldest part of the ornate around the niche and the Madonna with the Cotto child. The Gothic window was reopened in 1897.

In the pylon between the seventeenth and eighteenth chapel, there is the memory of the creation of Clement VIII pages, during his stay in Bologna in 1598, and the establishment of the Palio held in his honor.