Basilica di San Petronio | XVI - Chapel of the Immaculate
The Immacolata chapel belonged to Fantuzzi then to the factory, modern of 1914-1951, containing the most recent decorative enterprise conducted in the basilica.
Chapel of the Immaculate, saint petronio, bologna, san petronio
6490
page-template-default,page,page-id-6490,page-child,parent-pageid-62,ajax_fade,page_not_loaded,smooth_scroll,

XVI. Chapel of the Immaculate

The Immacolata chapel, First of the Fantuzzi then of the Fattoria family, is completely modern (1914-1951) and contains the most recent decorative enterprise carried out with style units in the basilica.

Everything in here was designed and largely performed by the painter Achille Casanova, around the more ancient Vergine Immacolata statue by Agostino Corsini (1725) deriving from the basilica of San Francesco.

The railing was performed by Armando Casadio in 1929. 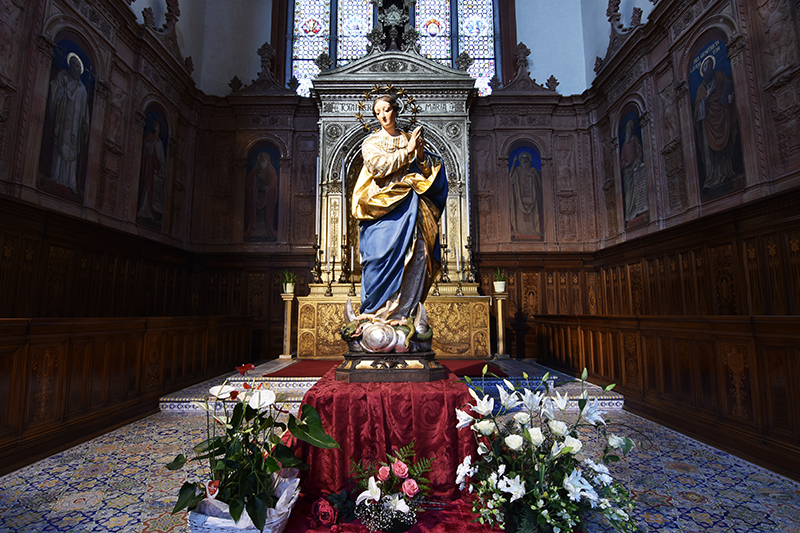 The altarpiece and the architectural decorations in cotto material that enclose the paintings along the walls were shaped by Angelo Viaro and the retable marquetries were performed by Bega in 1929, the year of the official inauguration of the chapel. 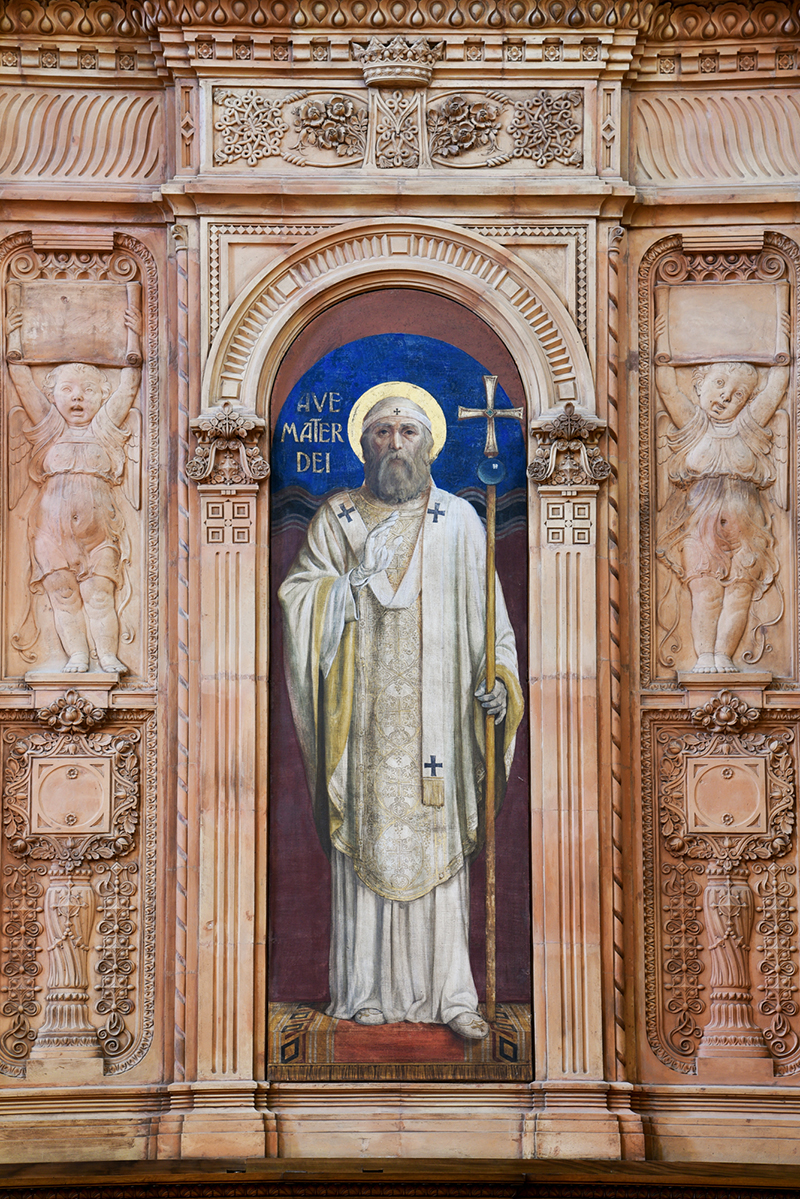 The golden stucco plasterboard was shaped by Oliviero Francia with the depictions of the heaven on earth, the four sacred rivers (1929) and the suggestive floor, a true flowered meadow, was executed in 1918 by the Chini factory located in San Lorenzo di Mugello.

Achille Casanova also provided cardboards for all the great paintings painted within the frames along the chapel walls. The paintings were completed by Renato Pasqui in 1951, due to the prolonged time that the works required. 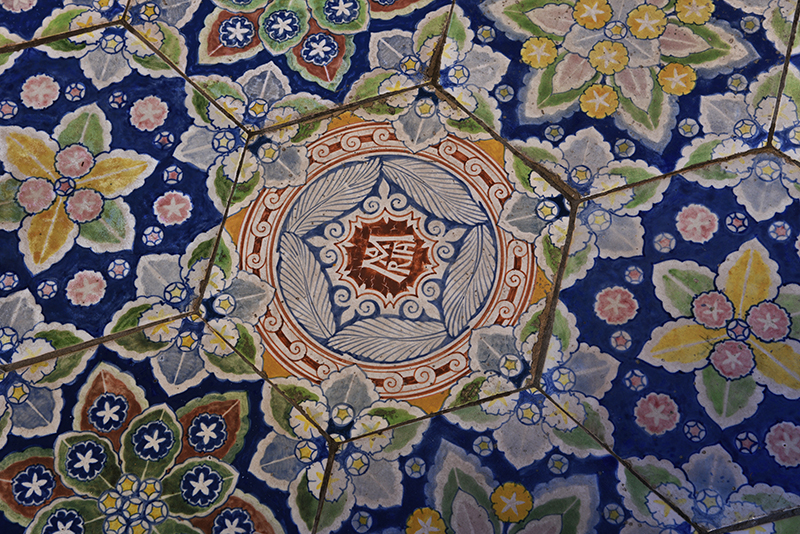