XV. Chapel of the Blessed Sacrament

This chapel belonged to the Ramazzotti family and then to the Malvezzi Campeggi.

It acquired its present appearance in 1814 when, during a resettlement by Architect Angelo Venturoli. On assignment of Marquis Antonio Malvezzi, works made for other collaborations and for other churches were placed in it.

The Formiginesque marble transenna is dated 1524. Above the altar, in the niche designed by Giacomo Barozzi, called il Vignola (1547-48), there is the rich tabernacle triumphal-arch shaped, made of hard stones. This tabernacle is by the design of the sculptor Alessandro Algardi and it derives from the abolished church of the nuns of Santa Margherita and executed in Rome in 1633 by Vincenzo Franceschini. This latter also provided the precious marbles, drawn from the ancient ruins of Rome, with which the artwork was executed. 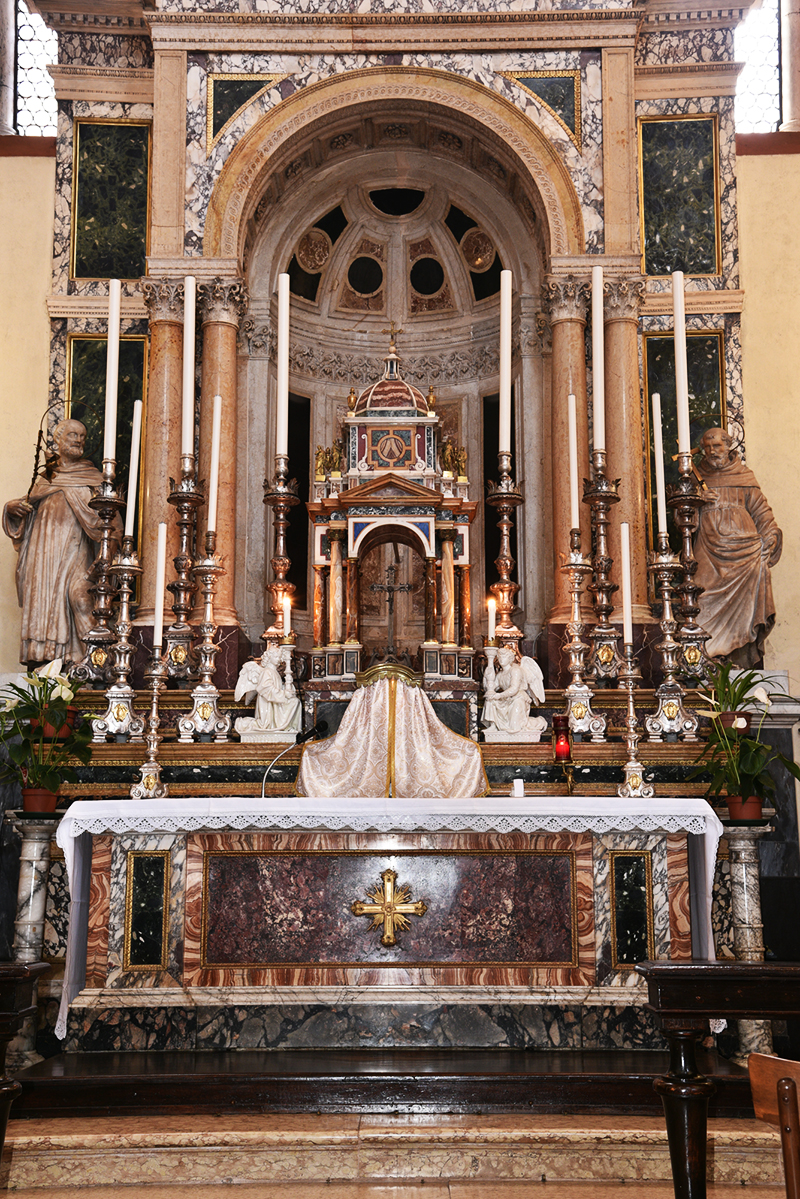 The coping above the great niche depicting two angels holding a medallion with the Sacrament is the work of Giacomo De Maria (1814). The two sculptures of St. Francesco di Nicolò da Milano and St. Domenico of Zaccaria da Volterra (1526) come from the basilica main chapel (originally executed for the bezel of the left external portal, where Resurrection was placed instead).

The inlaid stalls are magnificent and were already present in the San Michele in Bosco bolognese church. Executed in 1521 by the monk Raffaele da Brescia (originary from Olivetta), they were readapted in neoclassical times by the architect Angelo Venturoli. 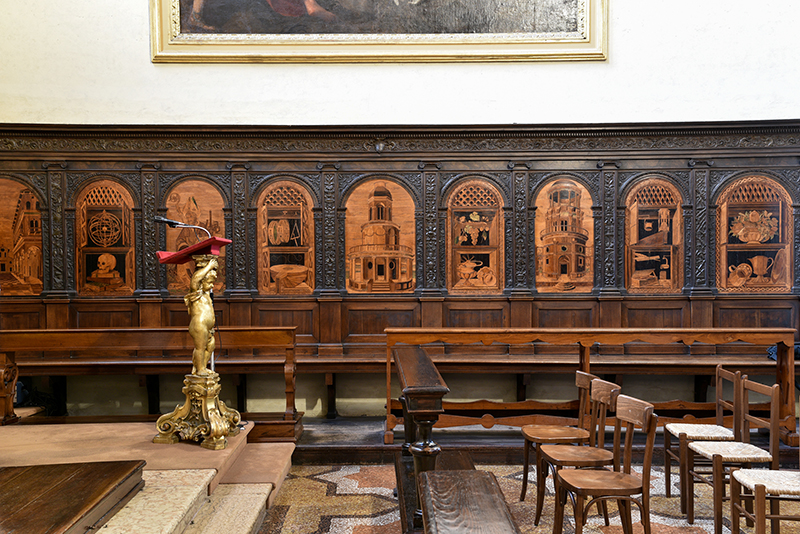 The chapel decoration is completed by two canvases on the side walls: on the right there is a miracle of S. Antonio of Lorenzo Pasinelli (1629-1700) and to the left a St. Bonaventura by Giovanni Andrea Donducci, called Mastelletta (1575-1655).