First of the Saraceni, then of the Cospi family. This chapel, preserves the entire antique decorative apparatus united and intact, made between 1524 and 1526 by the painter and sculptor Girolamo da Treviso for Giovanni Antonio da Girolamo Saraceni, a Bolognese merchant.

The artist, made the statue of St. Antonio on the altar in those years, and painted (within a classical tribeation) on the wall the Saint’s stories, within classical trabeation, on the walls. 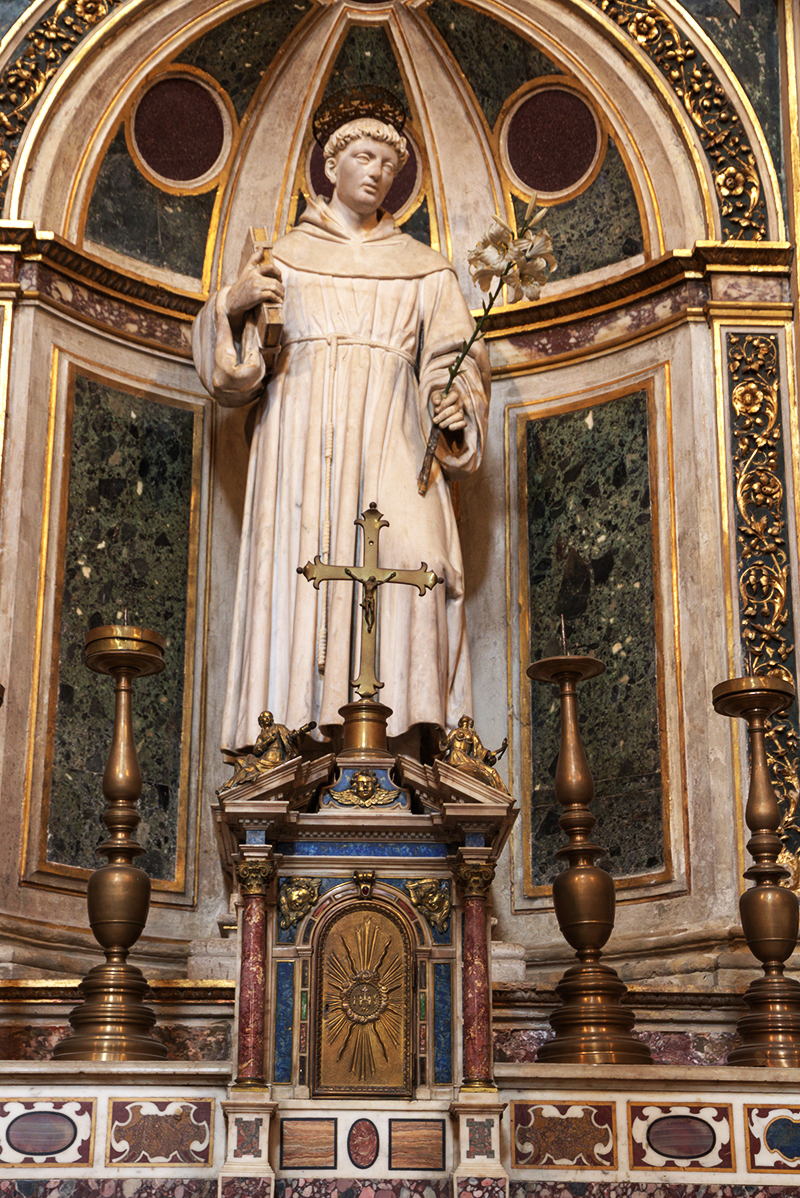 The monumental stained glass window was executed in two different times. At first, the rosette representing S. Antonio, the two eyes with the Annunciation and the four adorned in the cartridges of Pietro Vannucci, “Perugino” (around 1518). Then, in the second half of the 16th century, the eight saints were added: from the top and left, Ambrose, Peter and Petronio, Luke, John and Mark, of a remarkable plasticism, on Pellegrino Tibaldi’s fresco cardboard. 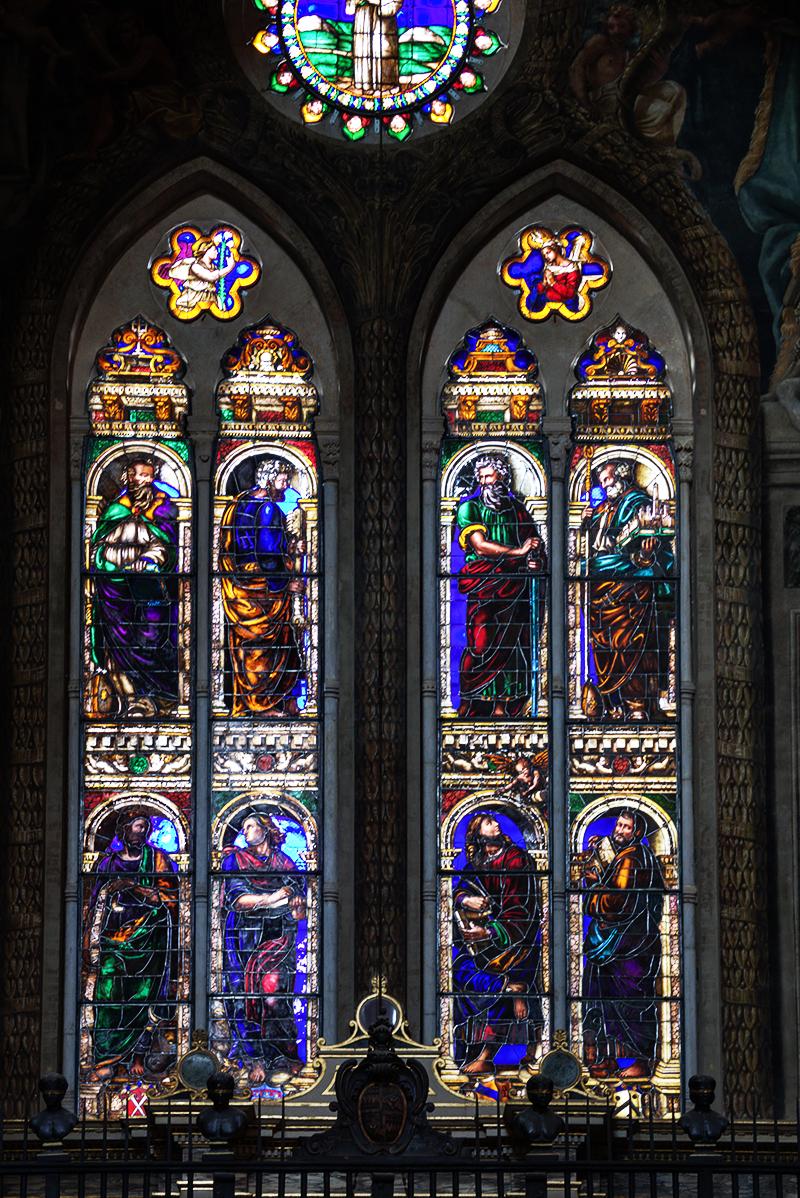 The upper part chapel’s decoration was added in 1662 by the will of the Marquis Ferdinando Cospi.

Fulgenzio Mondini, a good Guercino student, represented the death of St. Antonio (on the right) and his canonisation (on the left). The painting is made within a wide and well-designed squaring by Giacomo Alboresi, who was able to insert with great skill the Baroque decorations within the rigid Gothic architecture’s spaces.

The pillar, in brocade, silver and silk, dates back to the eighteenth century. While the two ceramic angels candlestick-holders, (on the sides of the statue), are made of modern castings of those performed by Nicolò dell’Arca and Michelangelo on the St. Domenico arch. 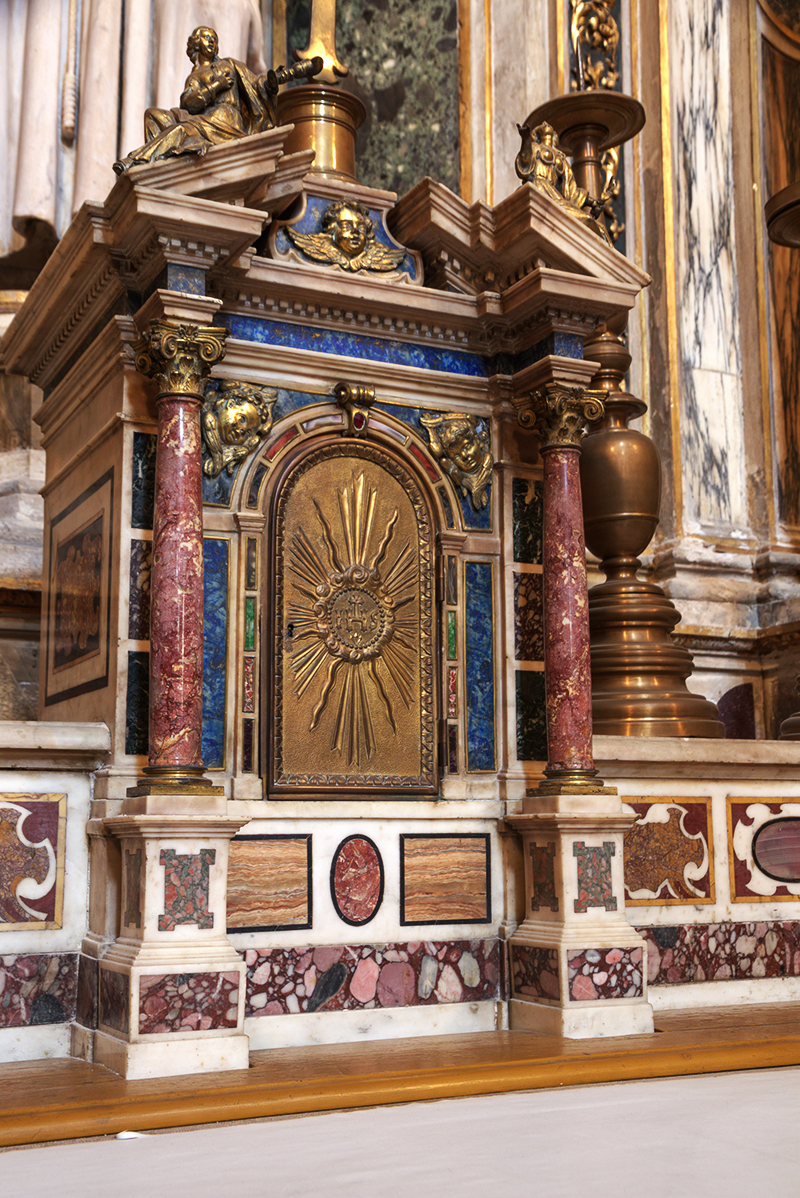