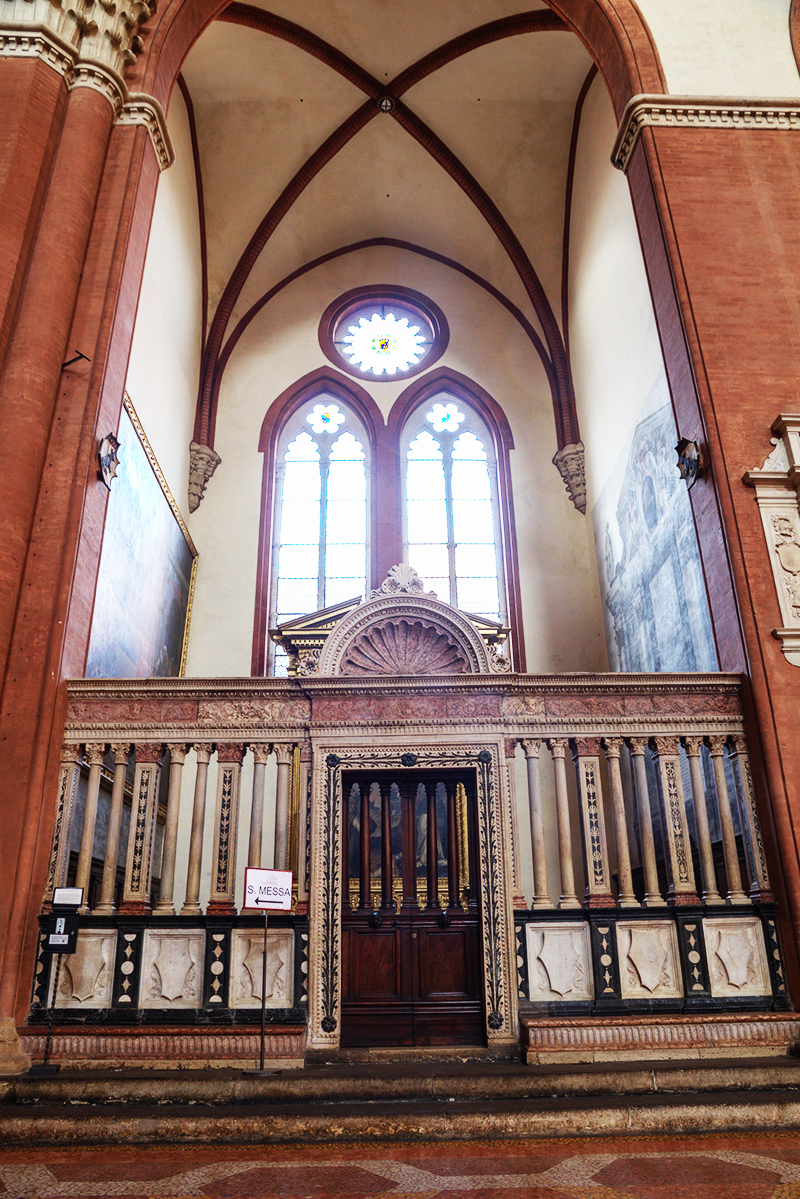 The splendid Altarpiece depicts: on the foreground the Virgin with the Child in glory among the saints Petronio (which symbolises allegorically Bologna) and Domenico and On the background, the martyrdom of St. Petronio da Verona, of the Dominican order.

The impressive artwork has opposing artistic Tusco-Emilian tendencies was painted by Bartolomeo Passerotti around 1580.

The left side of the chapel is occupied by the gigantic canvas painted by Francesco Brizio around 1617 and depicts the Madonna del Borgo di San Pietro coronation, a Marian image of which the Bolognese butchers were particularly devoted to. 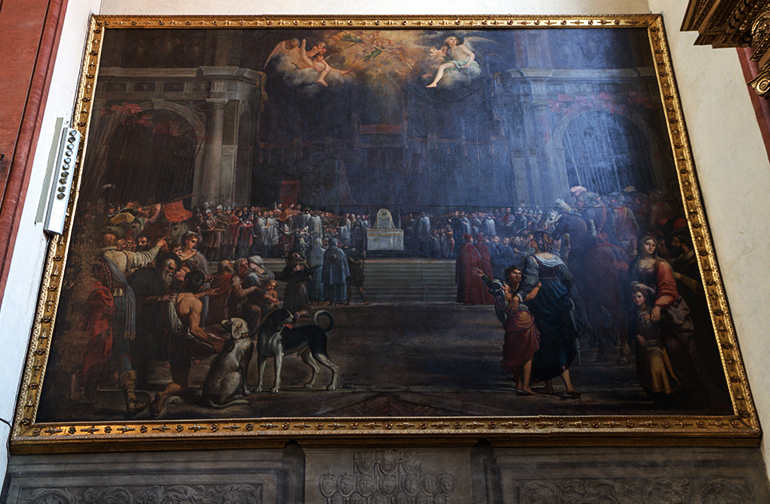 In the wall below are painted the “arte dei Baccai” crest and twenty-one coat of arms of the men who formed the corporation Council 1613.

At the pylon between the XIIIth and the XIVth chapel there is the Romanesque Cross of the Saints, also known as S.Martino or Porta Procula.

The High-Middle-Age Cross is adorned with acanthus branches, which are stylized in geometric symmetries.