Basilica di San Petronio | XII Chapel of the Relics
In 1746, the Primicerio of the Pretronian Chapter Zambeccari, transformed this environment from sacristy into the Chapel of the Relics.
XII chapel of the relics, saint petronio, bologna
6457
page-template-default,page,page-id-6457,page-child,parent-pageid-62,ajax_fade,page_not_loaded,smooth_scroll,

XII. Chapel of the Relics

Once it was the sacristy, then it became chapel of the Zambeccari family. The Primicerius of the Pretronian College Mgr. Zambeccari, in 1746 transformed this (which was first used as a sacristy) in a chapel.

The large canvas above the altar hides the niche where a large number of relics are kept in relics, mostly dated back to the 17th and 18th centuries. 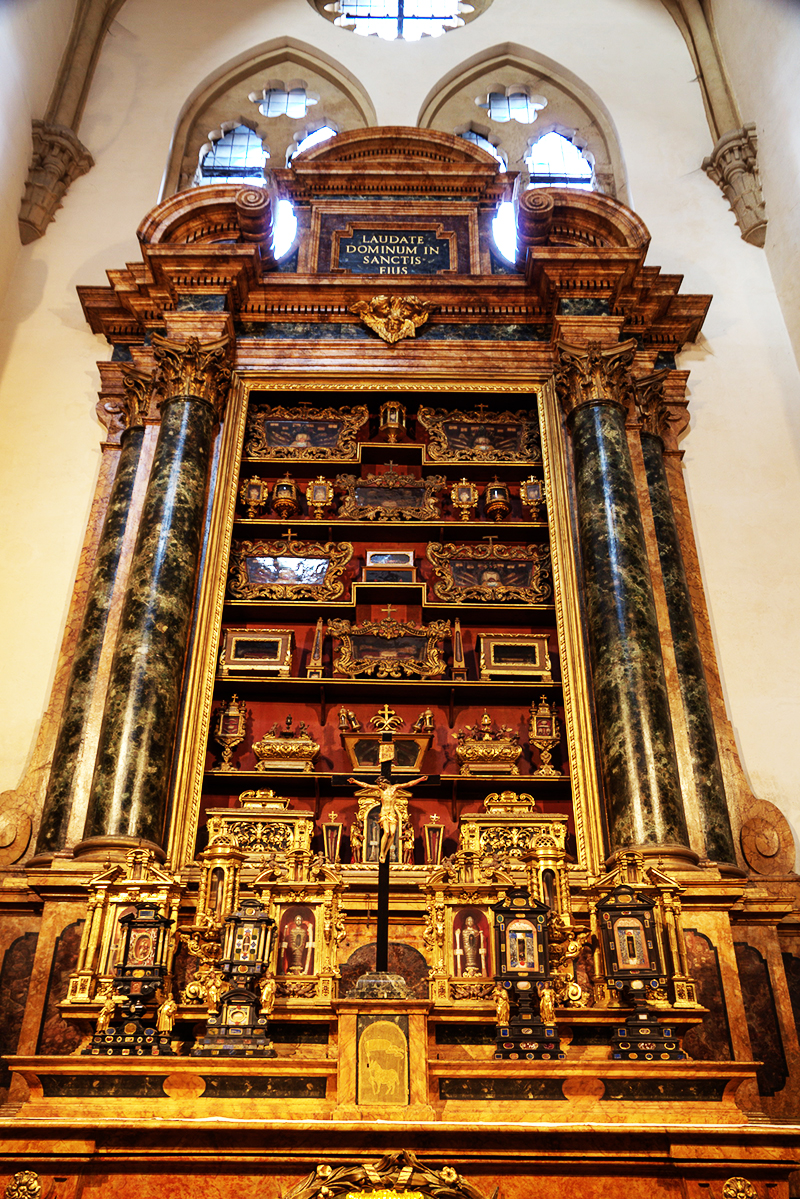 On the left wall of the chapel, there’s a relief representing the Assumption of the Virgin with an elegant Baroque frame. It was carved by Nicolò Tribolo (1537) for the Bolognese Santa Maria di Galliera church’s main Altar and then transferred to the Basilica around mid-seventeenth century.

Putti and stucco clouds were added in the eighteenth century.

The two angels on the shelves were part of the rich adornment that enclosed the Santa Maria di Galliera Assumption.

They are attributable to Jacopo Fantoni (Jacopo of Venturino delle Colonne), student of Sansovino, and to Danese Cattaneo (1536). 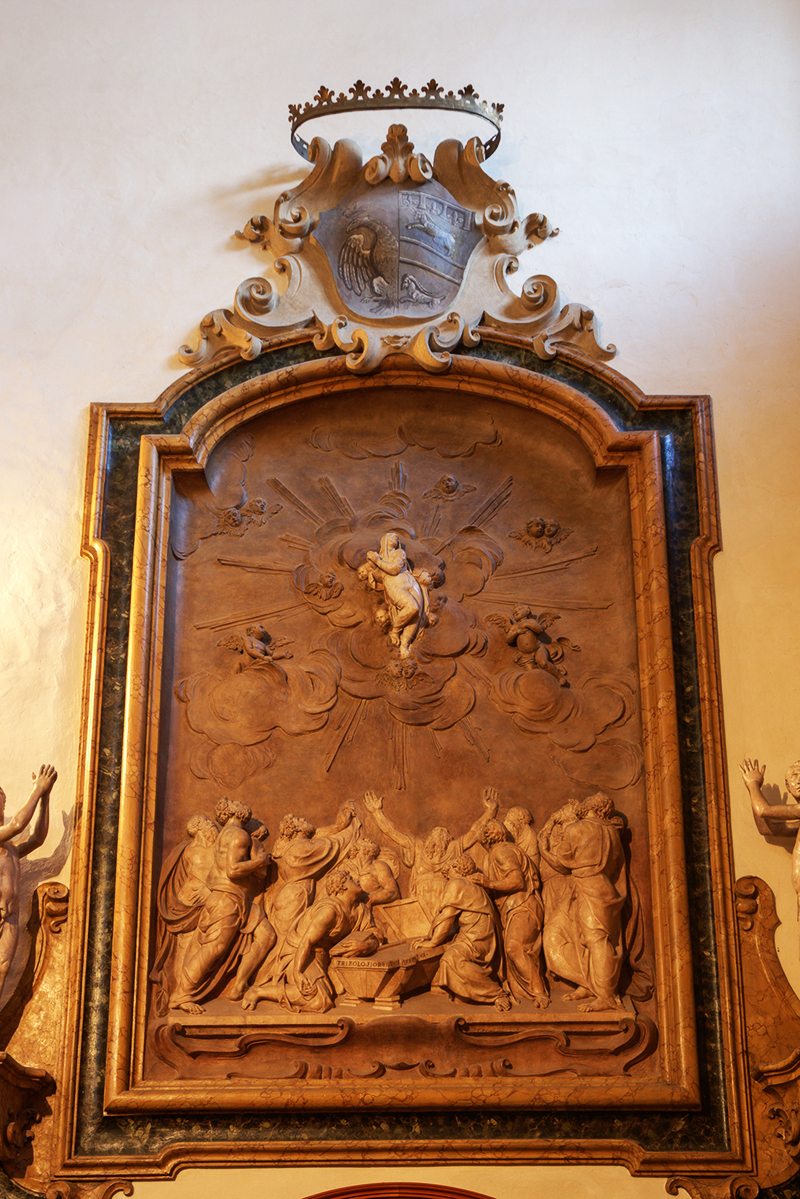 On the right wall, in 1746, the remarkable painting by Veronese Domenico Rizzi, called Brusasorci (circa 1560) representing the Annunciation was placed in the frame of the previous one.

Unfortunately it got very darkened, and to adapt the painting to the new frame , Carlo Giovannini added the Eternal Father on top of two large side bands.

On these shelves there are two prophets, made by Jacopo Fantoni around 1536, already mentioned for the ornamental work of Santa Maria di Galliera.

Under the altar an eighteenth-century Jesus Child in polychrome terracotta is attributable to Filippo Scandellari (late 18th century).