In ancient times it belonged to the Rossi family, then purchased in 1826 by Felice Baciocchi.

On the right wall there is a monument dedicated to Prince Felice Baciocchi and his wife Elisa Bonaparte, and in particular it is still preserved the concealed heart of the latter, inside of it.

The monument was erected by the will of Napoleone’s daughter, Elisa Bonaparte Countess of Camerata, in 1842.

In it the architect Antonio Sierra harmonised the double sarcophagus adorned with floral crowns and the coping with the Baciocchi crest supported by two ephebes, sculpted by Lorenzo Bartolini, with the monumental statuary group, representing the two spouses meeting at the doorway of eternity, an artwork of Cincinnato Baruzzi. 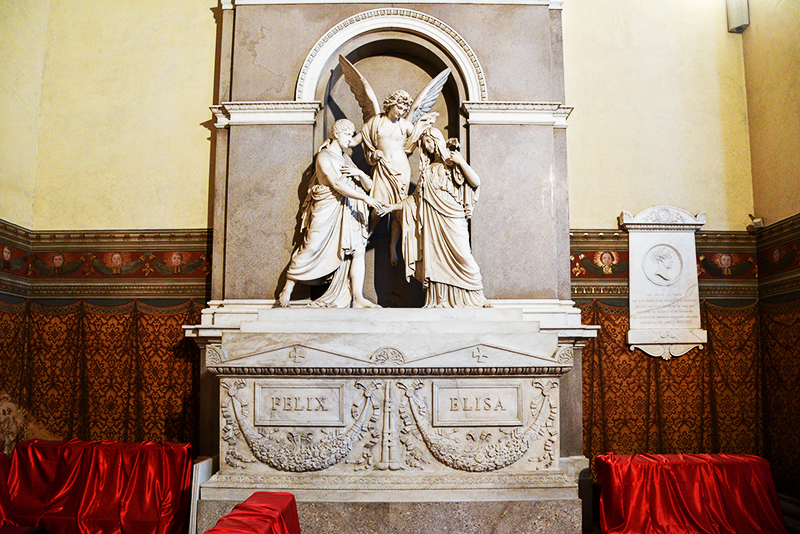 Dating back to 1492, made by Lorenzo Costa, there is the monumental neoclassical altarpiece in golden wood, containing the portraying table the Virgin and Son on the throne, among the saints: Sebastian, James, Girolamo and George. The altarpiece is topped by a lunette representing three musician angels. The designs of the polychrome glass window are said to be done by the same author. 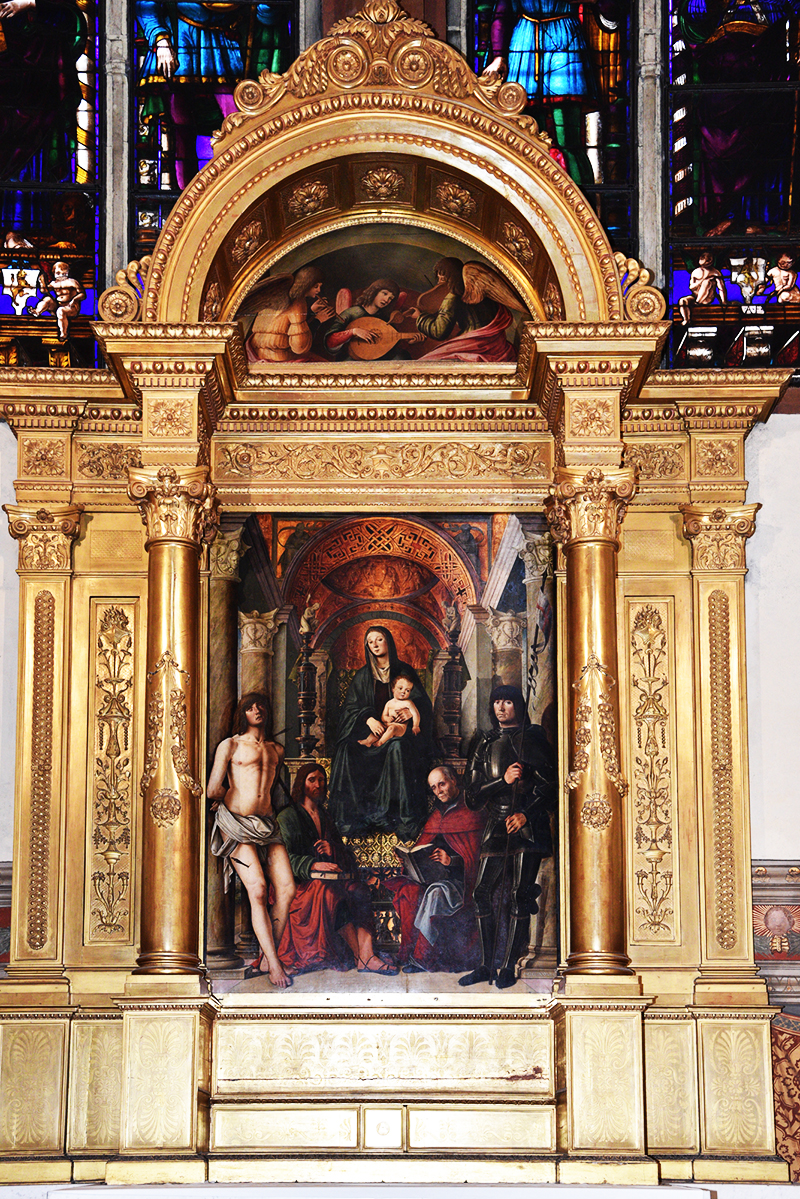 The fresco above the access arch to the chapel is attributable to Bartolomeo di Cristoforo Maineri (circa 1475).

The rich marble transenna, with golden traces, was built around 1480 by Bartolomeo Rossi with traces of a clear Tuscan derivation, and adorned with four crest holder puttos traceable to Francesco di Simone from Fiesole.
Those puttos were taken from the Rossis in the eighteenth century and brought to their castle in Pontecchio, then replaced by their molds. 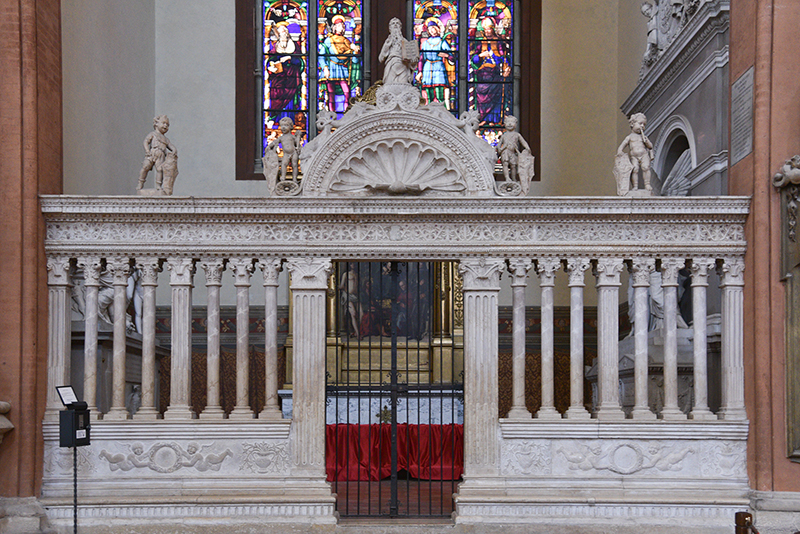 On the left wall there is the funeral monument of the three sons (who died at a very early age) of Felice Baciocchi and Elisa Baciocchi Bonaparte, princess of Lucca and Piombino and Grand Duchess of Tuscany, sister of Napoleon I. Erected in 1813 by the wish of Elisa herself , the Neoclassical Canovian style marble monument, was realised by the Carrara sculptors Emanuele, Carlo Fanzoni (for the figures) and Baldassarre Casoni (for the ornaments).

To the left of the monument lies the little memorial of Prince Federico Baciocchi, whose bust is an artwork of Lorenzo Bartolini.