Basilica di San Petronio | V. Chapel of St. Sebastian
The Chapel of St. Sebastian represents a complete and unique example of Renaissance decoration, was decorated by Donato Vaselli between 1487-1497.
6114
page-template-default,page,page-id-6114,page-child,parent-pageid-62,ajax_fade,page_not_loaded,smooth_scroll,

Already by Vaselli, then Bevilacqua, this chapel represents a complete and unified example of Renaissance decoration. It was entirely decorated by the will and munificence of the canon Donato Vaselli between 1487 and 1497, the same years when the great canvas depicting the martyrdom of San Sebastiano it was placed over the chapel altar. 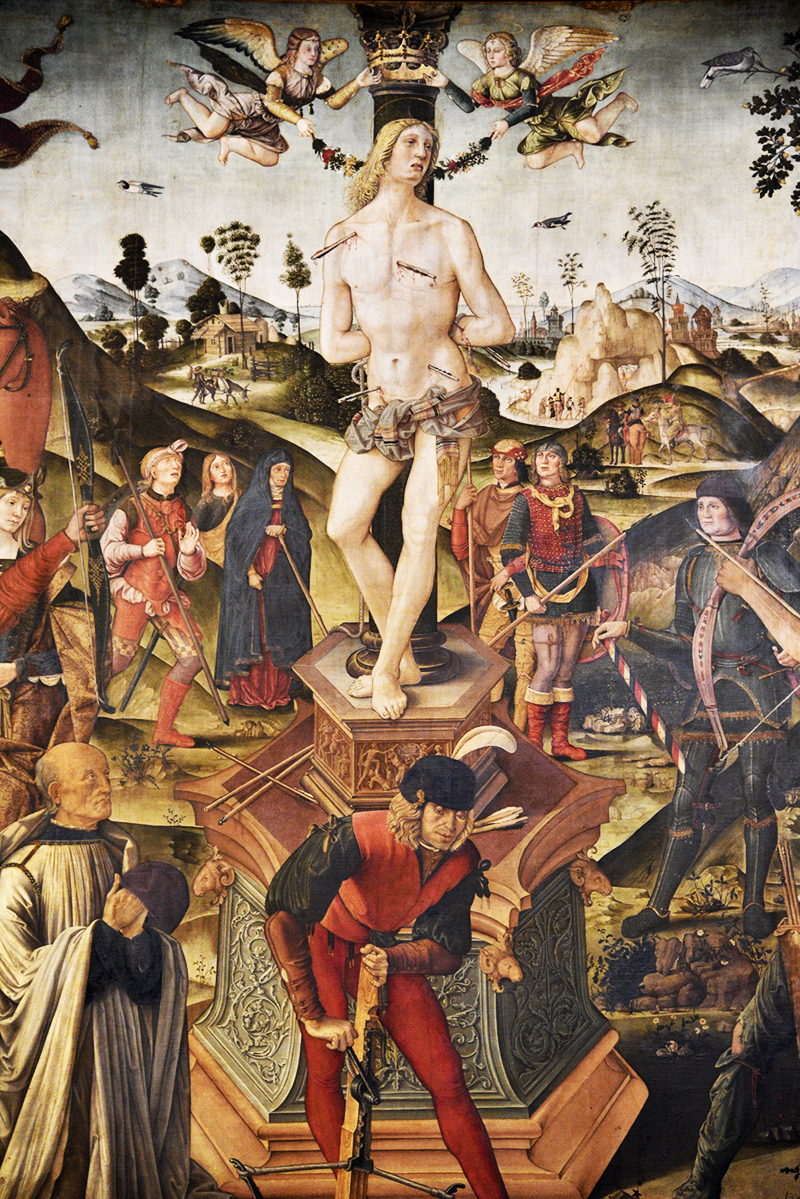 Lorenzo Costa must have the twelve apostles painted on canvas along the side walls and the box with the Virgin Annunziata placed to the right of the altarpiece; a Francesco Raibolini called “France” the announcing angel on the left of the altarpiece. 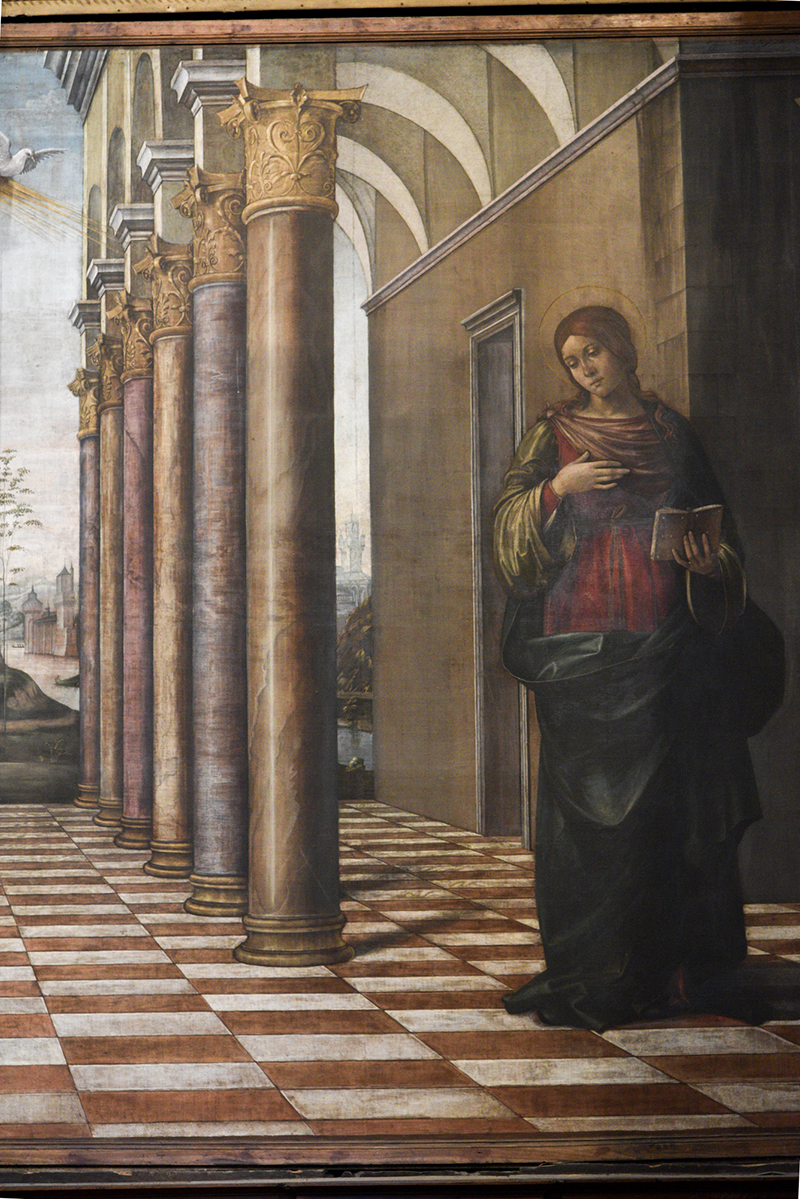 The backrest’s seats, the seats and the kneeler were inlaid and carved by Giacomo di Agostino de ‘Marchi (1487), while the very rare ceramic floor, rightly famous for its high quality and great fantasy, is an artwork signed and dated by Pietro Andrea Faenza (1487).

The windows have perhaps been executed in the Cabrini glass shop , on the design of a artist from Padua-Ferrara, perhaps with the intervention of Lorenzo Costa himself.

The large 15th-century wrought iron wreath gives a dedicatory inscription to the titular saint in the cornice, while the sheep skin frontals (natural-tanned leather) is bulined painted and painted at the end of the 17th century.

In the pylon between the fifth and the sixth chapel there is a plate placed in 1499 a memory of Graziano da Chiusi, a canonist insignia of the twelfth century.
In front of the pylon, among the columns of the aisle, there is the original and monumental wooden pulpit built by de’ Marchi da Crema around 1470.