Basilica di San Petronio | III. Chapel of St. Ivo
Sant'Ivo was dedicated to S. Brigida, belonged to the Foscarari, then to the Fabbriceria, is the example of late Baroque by the architect Dotti in 1752.
6090
page-template-default,page,page-id-6090,page-child,parent-pageid-62,ajax_fade,page_not_loaded,smooth_scroll,

In ancient times it was dedicated to St. Brigida and belonged to the Foscarari family, then to the Vestry. The chapel of Sant’Ivo is the example of late sober and bright baroque that was most appreciated in Bologna. Made by architect Carlo Francesco Dotti in 1752.

This work is based on the subtle play of the chiaroscuros, on the elegant flickers of the sculptures between the twisted architectural membering, and led to leaving only to the painting the task of lighting with higher tones the environment polychrome.

The banner representing the Madonna of S.Luca and the Saints Ivo and Emidio was painted around 1781 by Gaetano Gandolfi.

The quite vivid sculptures (Faith, Charity and Hope in the pediment, Justice and Prudence at the sides of the altar) were molded with stucco by Angelo Gabriello Piò (1752).

The lateral walls show, in the illusionistic quadraturings of Prospero Pesci (1752), the paintings representing S. Carlo Borromeo, made by Francesco Brizio, and the Virgin that appears to S. Francesca Romana, made by Alessandro Tiarini, both executed around 1615. 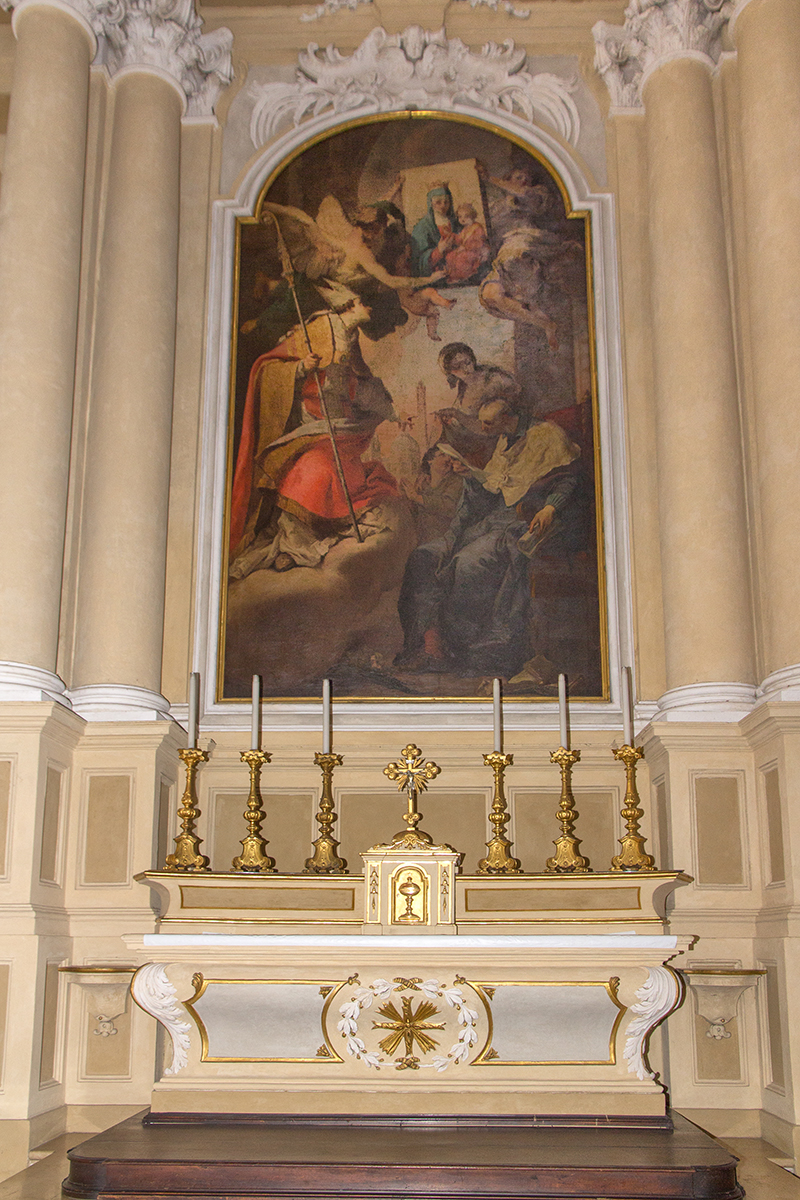 In the right side wall, around 1934, a small piece of the oldest decoration was rediscovered, due to Pietro di Giovanni Lianori’s brush (1438-1440). The beautiful tombstone of Ludovico Foscarari (1540) appears on the floor. 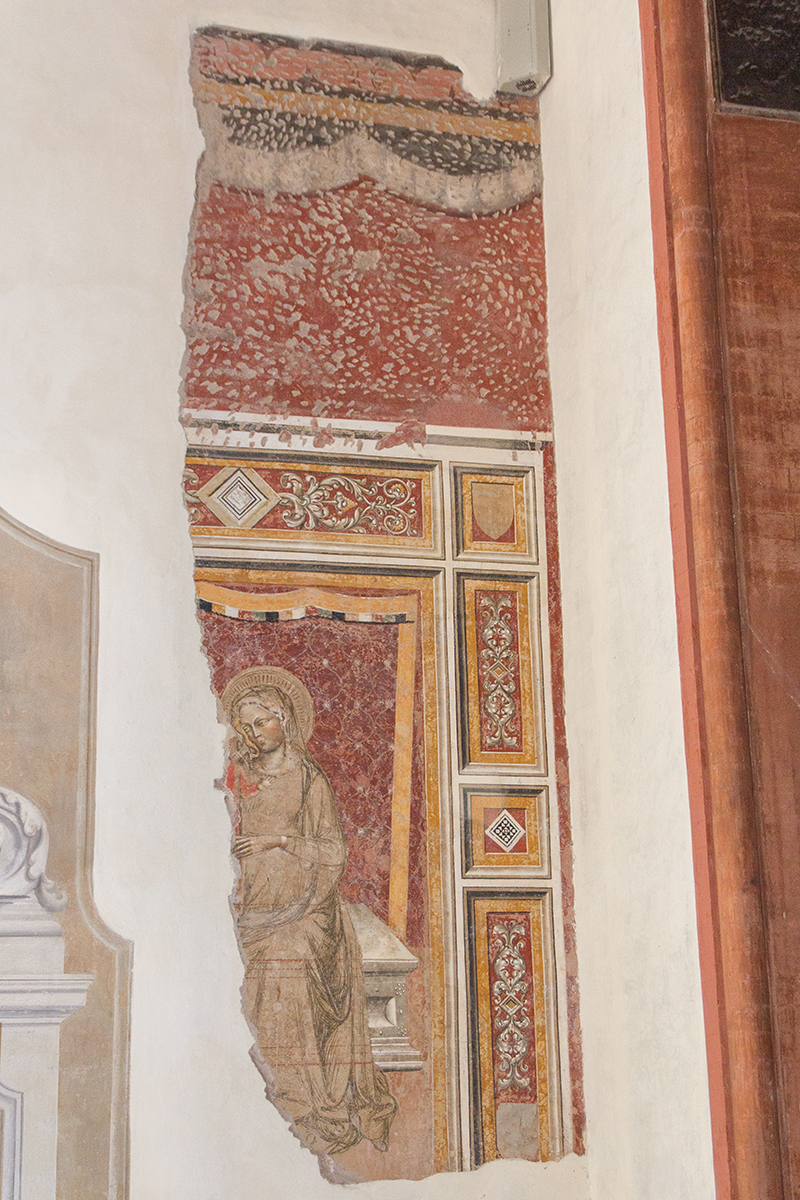 In the wall between this chapel and the next one, there are two clocks built in 1758 by Domenico Maria and Cristino Fornasini, indicating the median and solar time. Giovanni da Modena frescoed between 1413 and 1420, the gigantic St. Christopher, with the announcement and immaculate conception of the Virgin in the overlying rounds.