Basilica di San Petronio | 2. St Petronius Chapel
Second chapel on the left nave, St. Petronius Chapel Belong to the Cospi's family, then to the Aldrovandi, this chapel is the best example of Bolognese baroque architecture.
6077
page-template-default,page,page-id-6077,page-child,parent-pageid-62,ajax_fade,page_not_loaded,smooth_scroll,

Belonging to the Cospi family, then to the Aldrovandis, this chapel is the best example of Bolognese baroque architecture.

Cardinal Pompeo Aldrovandi entrusted the decoration to the architect Alfonso Torreggiani in 1743, but some important decorations were made in Rome under the supervision of architect Domenico Gregorini.

Above the altar, a “gloria” in golden bronze, executed by the silversmith and Roman sculptor Francesco Giardoni in 1743, contains the monumental reliquary of the head of San Petronius, in partially golden silver and lapis lazuli, made by Giardoni himself and donated by Pope Benedict XIV. 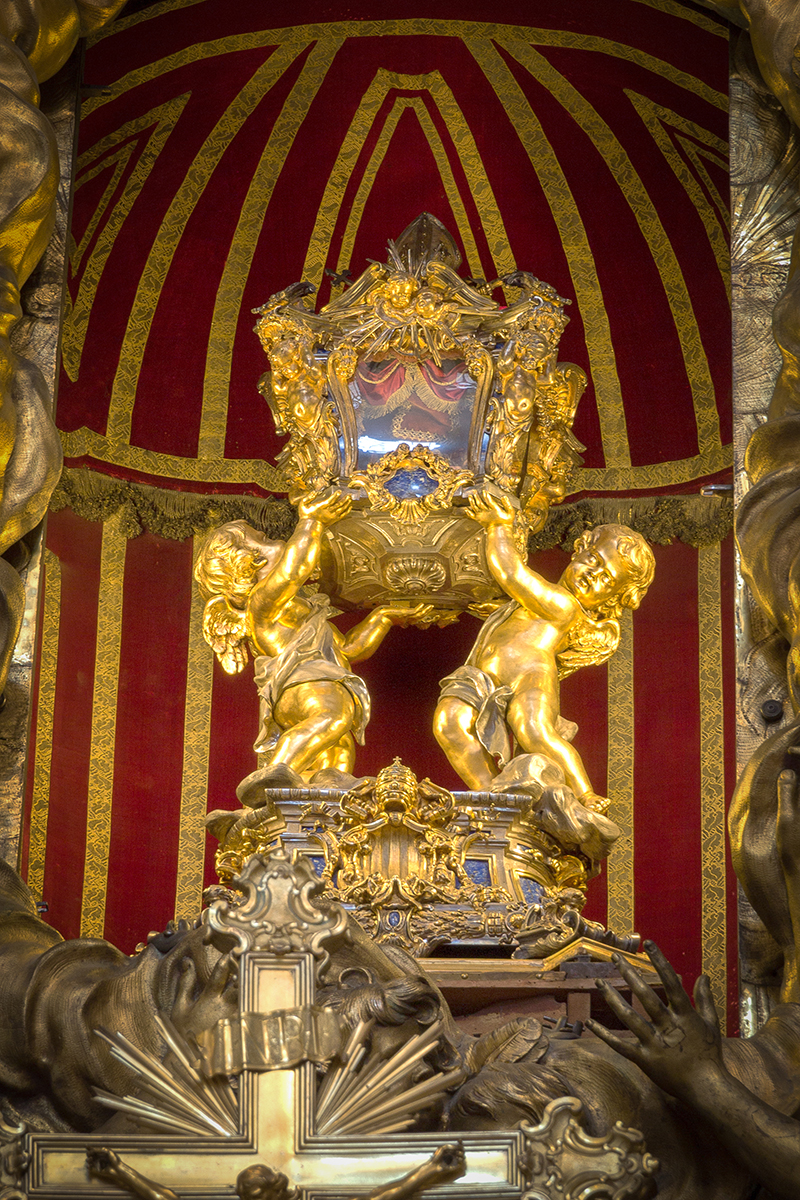 The side walls adorn the marble reliefs of Ottavio and Nicola Toselli, representing the arrival of San Petronio in Bologna among the allegorical figures of Pastoral Care, Prudence, Dignity, Obedience and Purity (on the right) and San Petronio which resurrects a mason who was crushed by a column, among the allegorical figures of Charity, of Holiness, of Faith, of Prayer and of Trust in God.

Of the same brothers Toselli are the wooden cherubs that adorn the “memory” pediment on the left, while Angelo Pio’s are the ones in stucco facing them, above the statue representing the lying Aldrovandi in bishopric clothes, made in Rome by Camillo Rusconi.

In the vault, Vittorio Bigari frescoed (1732) the scene of the Virgin Assumption on air.

Underneath the chapel the tomb of Cardinal Aldrovandi is situated, carved by Angelo Piò and Camillo Rusconi, consisting of a fluted sarcophagus dating back to the late Roman empire and bearing, at the edges, two geniuses in relief and in the center a medallion representing the Virgin Mary with the Child and San Giovannino.

The railing was performed by the Bolognese Francesco Tibaldi for the wrought-irons and by Giovan Francesco Fontana for the brass. 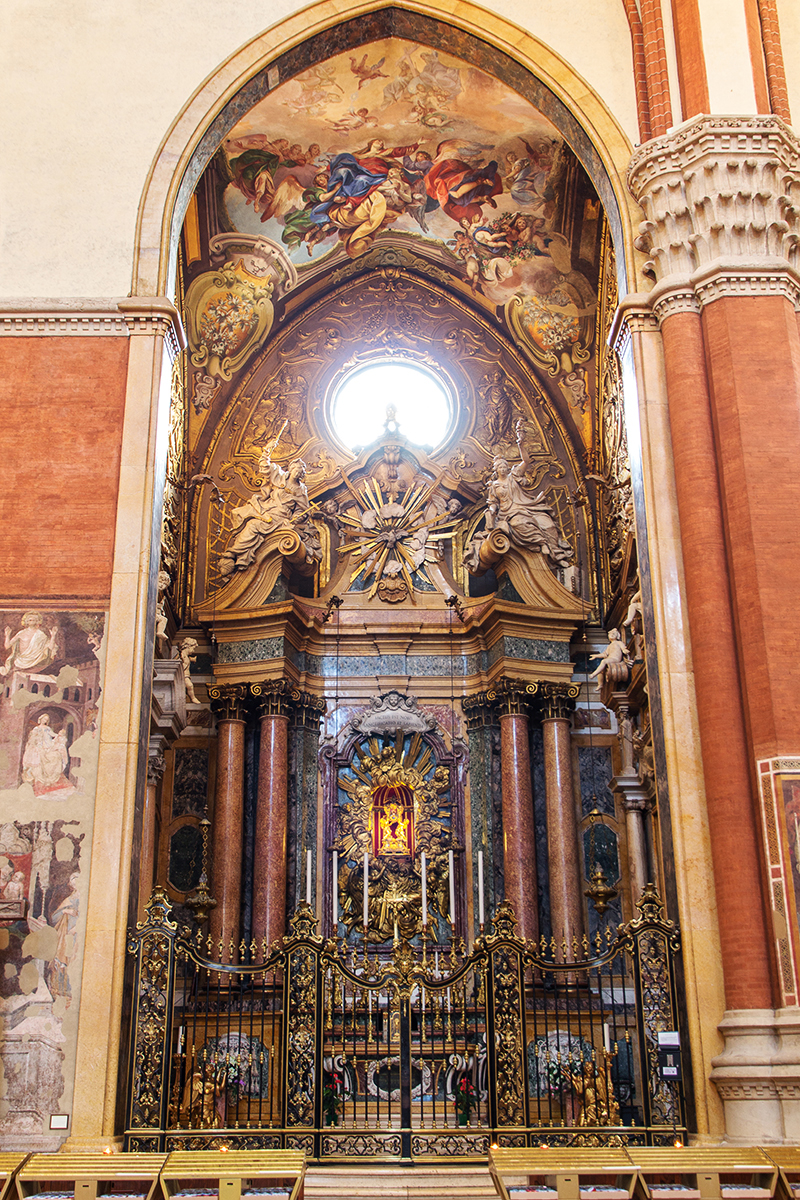