I. Chapel of St. Abbondio

Previously dedicated to St. George, the chapel was of the the “Dieci di Balia”, then of the Province. According to some scholars, it was near this chapel that, on February 24, 1530, Charles V stood up to dress the imperial mantle before being crowned, but the fact is not certain. Another uncertain fact regards the tradition according to which the first S. Mass would have been held while the basilica was still under construction, on October 4, 1392.

The interior decoration of the chapel was completely restored in 1865 by the plans of the architect Albino Riccardi.

Instead, the transenna with the virgin Mary in the lunette painted by Luigi Masetti, the altar with the marble statue of Sant’Abbondio carved by Giuseppe Pacchioni and the glass window artwork of Giuseppe Bertini, are of a restoration of 1867. 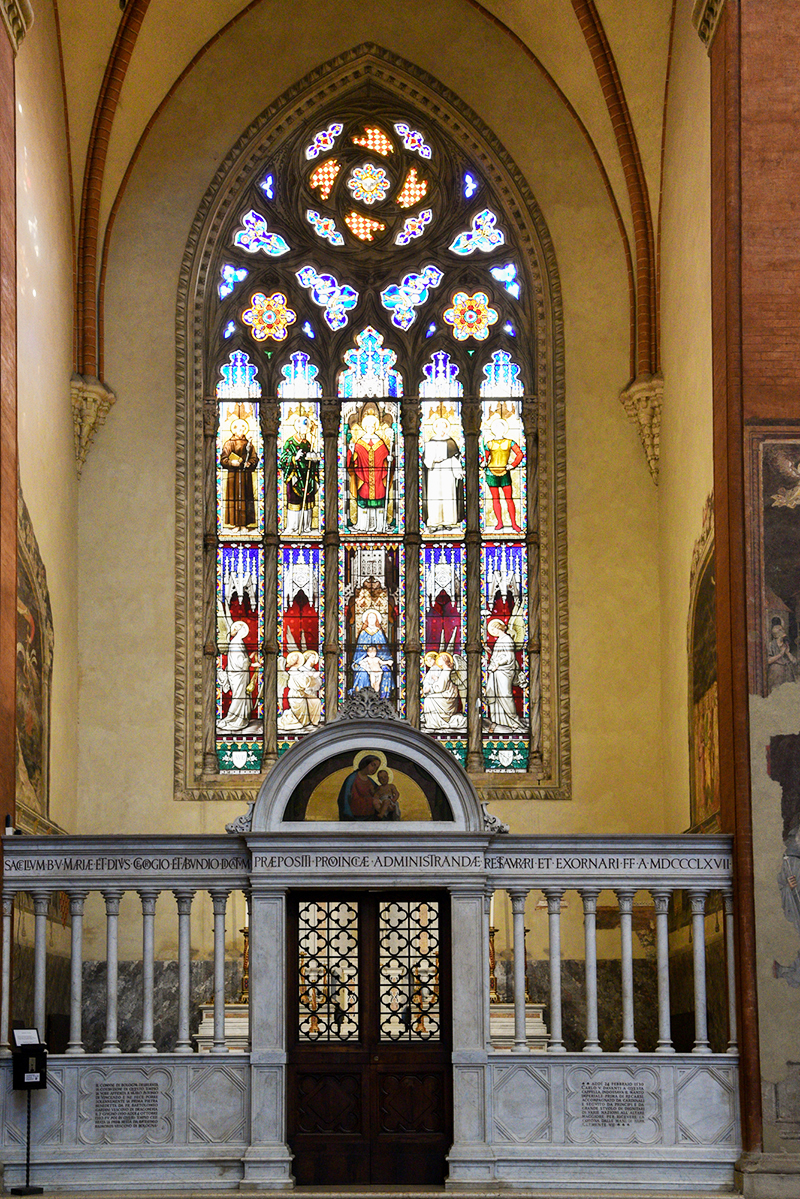 On the side walls you can admire the symbolic frescoes of Giovanni da Modena: from the right there is the redemption of the original sin, on the left the triumph of the Church on the Synagogue, accompanied by its legends in leonine hexameters; below emerge the sandstone coats of arms of the Ten of the Balia. 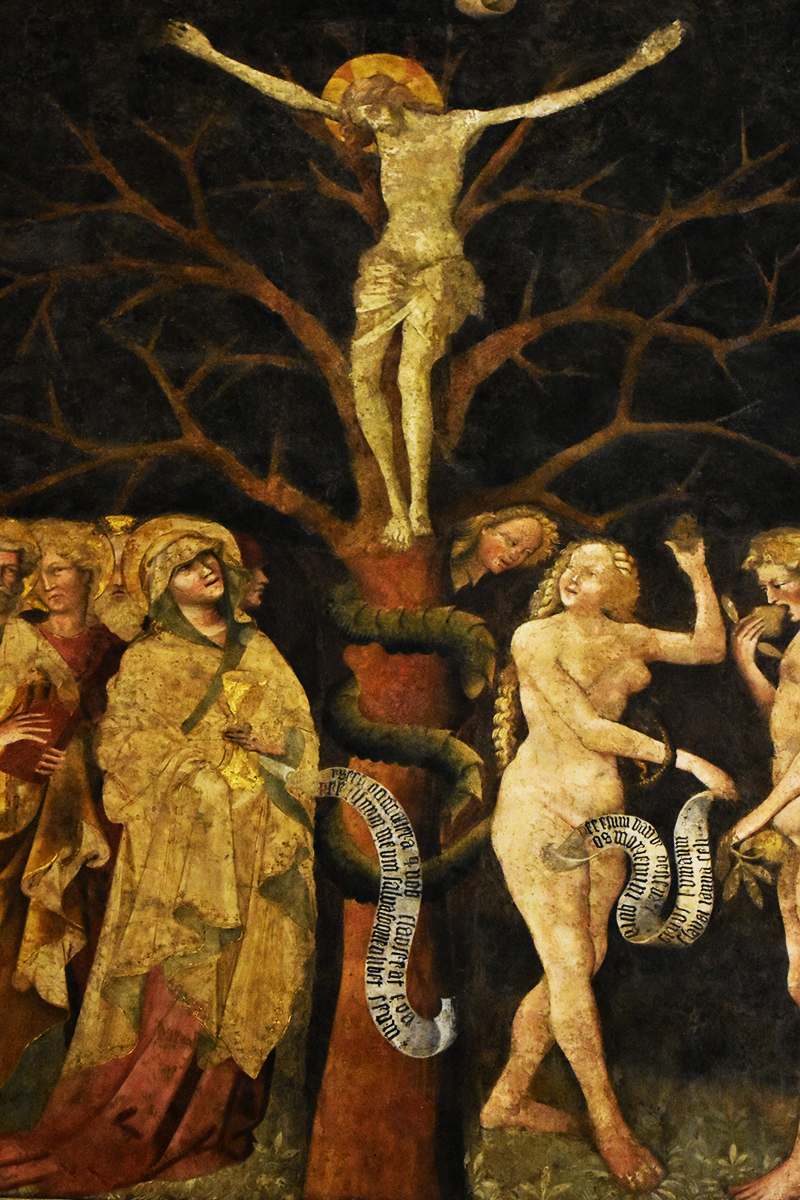 Between the first and the second chapel there is the Cross of Porta Ravennate, one of the four which the Petronian legend would likely have been placed by the Saint, transported here in 1798: it was carved by Alberico and his son Pietro in 1159 and on one side there is the Crucifix, on the other, the blessing Christ.

In the back wall, a fresco, by Giovanni da Modena, was rediscovered during the restorations of 1922: representing in the upper part the allegory of earthly fortunes and celestial fortunes, on the lower part, the Madonna and Child are on the Throne among the saints Antonio Abate and Caterina.